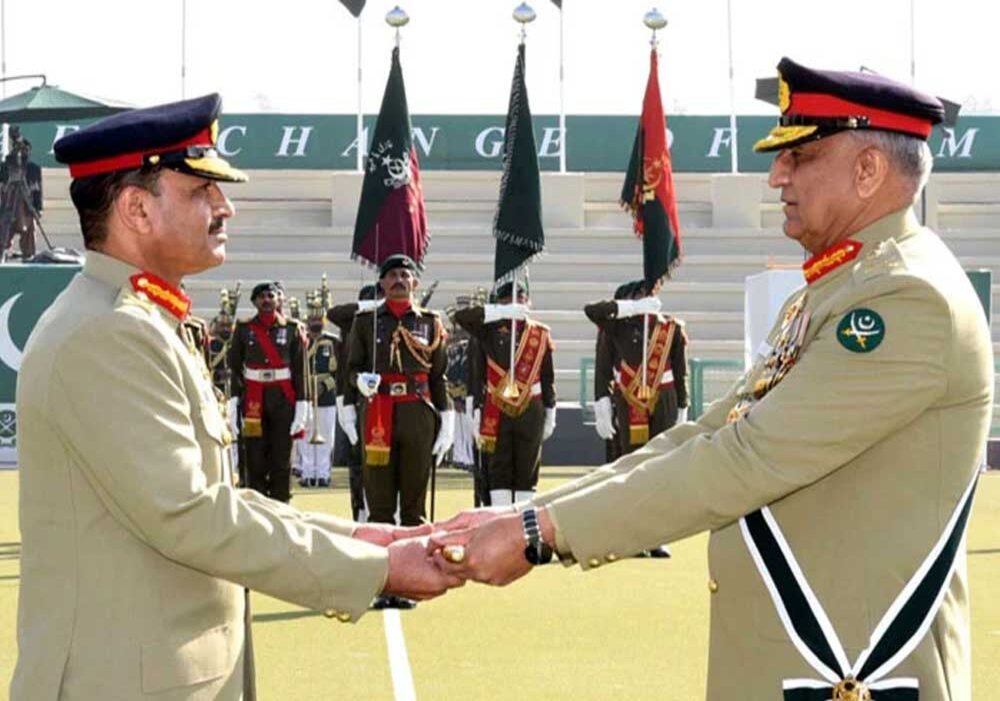 The ceremony was held at General Headquarters (GHQ) Rawalpindi. Senior military officials were present at the ceremony. The flowers were laid at the Martyr’s memorial. With this General Qamar Javed Bajwa will be marking an end to his six years tenure as the chief of the military. A Guard of honour was given to the outgoing chief.

In that post, he served for eight months and Lt. Gen. Faiz Hamid replaced him.

Before being moved to General Headquarters as quartermaster general he was posted as Gujranwala Corps commander for two years.