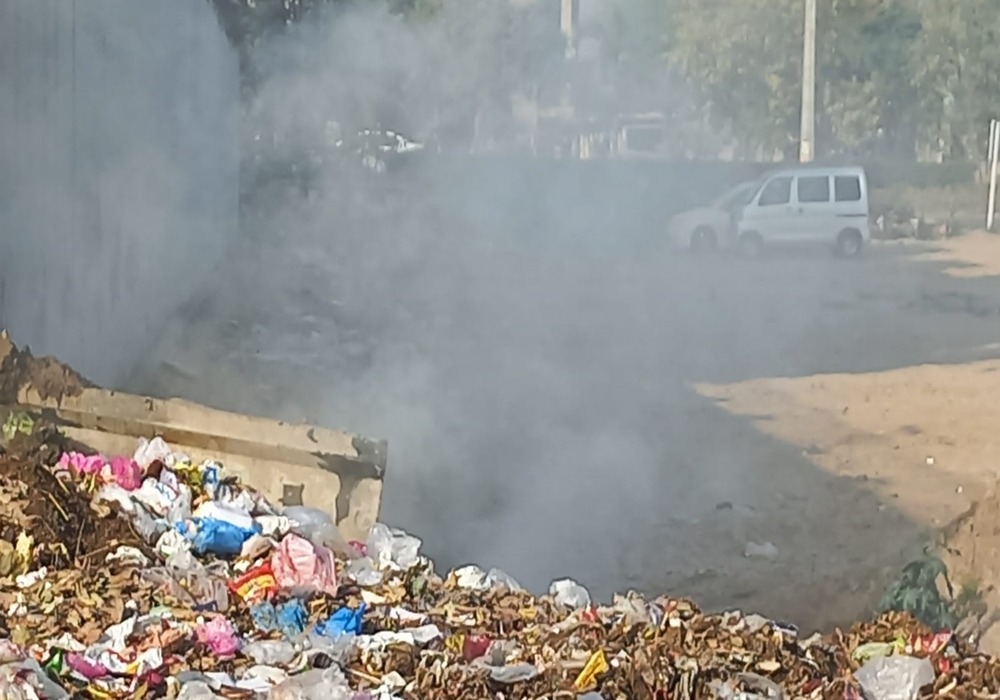 The heaps of garbage and trash in the streets of the residential areas as well as in the open spaces nearby them in different parts of the city have exposed Lahore Waste Management Company’s tall claims of cleanliness.

The sanitary workers who collect garbage from the streets hardly visit the areas assigned to them, leaving the citizens at the mercy of mosquitoes due to piling garbage in different parts of the city.

The negligence on the part of the company is on the peak the moment when the whole government machinery is putting its hard efforts to deal with fast spreading ‘Dengue virus’.

“We can’t sleep calmly in the night as a rare kind of mosquito keeps us awake all night,” said Nazir Ahmed, a resident of Fazlia Colony, regretting the worsening situation of pollution.

“We can’t afford an air-conditioner and sleep in the open space but pollution caused by heaps of garbage have produced a dangerous breed of mosquitoes,” he added.

He pointed out that a simple visit of the streets could make someone realize the actual situation and it was not the case of the area they lived in but there are many other parts of the city where the level of ‘hygiene and cleanliness’ is quite pathetic.

During the survey of the city, it transpired that there were piles of shopping bags, plastic and other waste material lying open in the streets and on the roadsides of Bilal Gung, Bhatti gate and the surrounding areas, including Ravi road, Shafiqabad  and those near Band Road including Karim Park and Mali Pura.

The situation in the streets of the timber market area was quite pathetic as the citizens were living beside the garbage, with mosquitoes hovering all day and night to turn their lives hell.

“You can see the situation here. Is it the city? Where is the administration,” said Muzaffar Ali, a resident of the Timber market area, adding that the people in the area felt vulnerable and helpless due to negligence of the LWMC.

“They seldomly visit our area to collect garbage,” said Ali.

A similar pathetic situation was witnessed in Wasan Pura and Daroge wala area where the residential areas showed that nobody came there to look after them and garbage was openly lying in the corners and streets.

Surprisingly, Lahore Deputy Commissioner Muhammad Ali also got angry with Lahore Waste Management Company when he saw garbage in Lakhshmi chowk area during a visit on Saturday. The DC also expressed serious concern over the poor situation of cleanliness in the city.

On the other hand, LWMC spokesperson releases daily statements and claims high efforts for cleanliness in the city, but the situation on the ground is totally opposite.

“The Enforcement Wing was strictly inspecting the illegal dumping of waste on the roads across the city,” said LWMC spokesperson in a recent statement. He had claimed that LWMC Enforcement teams were active in the field round the clock. “Teams have completed inspections of more than 9326 places, 1265 challans have been issued for littering and illegal dumping on the roads and fine of Rs 29 lacs 70 thousand was imposed for violation of Local Government Act while 2,925 warning notices were also issued for minor violations,” stated the spokesperson and added that during last month, at least 13 illegal dumping vehicles were seized on the spot while two FIRs were registered.

Talking to Minute Mirror, LWMC CEO Rafia Haider said the company was doing its best to keep the city clean. “We take action when we receive any complaint,” she said, adding that they had also warned the concerned zonal officer of the area visited by Lahore DC.