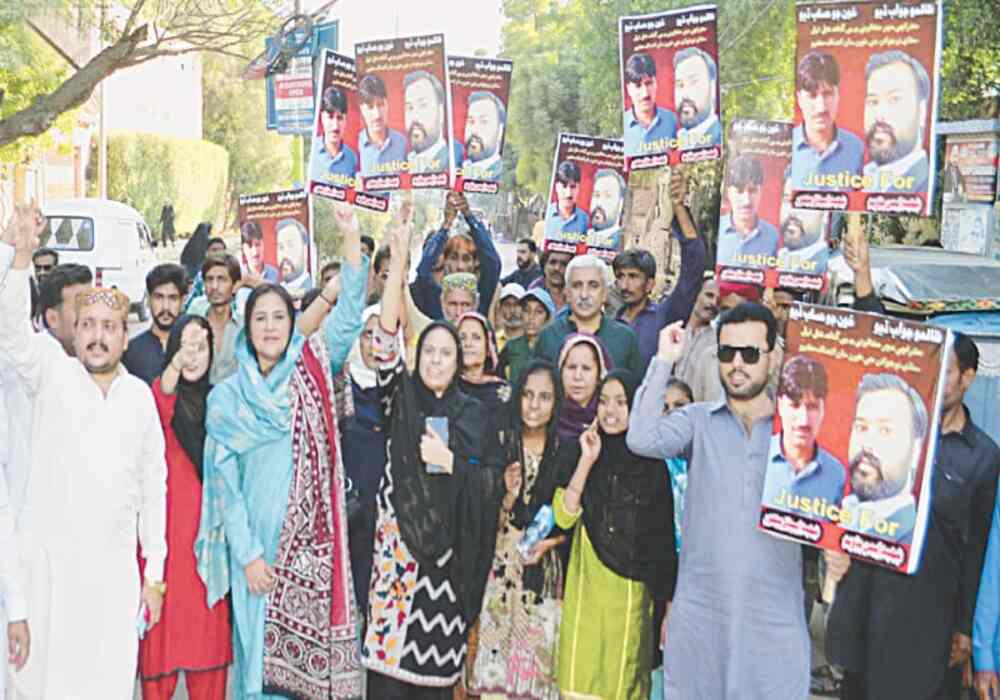 The fact-finding committee formed by the Sindh Human Rights Department on the issue of the barbaric lynching of two employees of a telecom company as a result of mob violence in Karachi’s Machar Colony has submitted its report based on its findings into the case and recommendations to check such mob-lynching incidents in society in the future.

Two telecom company employees — 31-year-old Muhammad Ishaq Panhwar and 28-year-old Muhammad Ayman — were brutally murdered in the last week of October, resulting in anger across the country ever since videos of the incident went viral on social media. After the killing of two innocent citizens, Special Assistant to Sindh Chief Minister on Human Rights Surendar Valasai took notice of the incident and directed his department to constitute a fact-finding committee to ascertain the factors behind the case as well as the increasing trends of mob lynching in the society and find ways to check them in future.

The fact-finding committee has made various recommendations in its report, including the immediate arrest of the accused, fair trial and strict punishment according to law, as well as emphasizing conducting investigations and taking action against such mafias who spread false rumours in society through social media. The report pointed out that the concerned police station is far away from Machar Colony; therefore, a police post should be established within the locality, so that in case of such incidents or other crimes, the police can reach the scene in minimum time. To prevent such incidents in the future, the committee has urged easy access of the victims to the police, women’s protection cell, child protection cell, media, and human rights commission should be ensured.

The committee, in its report, has recommended that the training should be done on crowd management and the provision & handling of equipment to scatter the mob from the incident site. It is also emphasized that the police and other law enforcement agencies need to educate communities on verifying rumours before attempting any action and dispelling the environment of fear. The committee formed by the Human Rights Department has urged the Sindh government to take more measures and steps by implementing the rule of law to reduce intolerance/hate in society. The committee has underlined the registration of slums as well as the registration of illegal immigrants living there, adding that along with providing basic amenities in all urban slums, there were a need to conduct awareness programs among the residents about laws, social security institutes, human rights bodies, women and child protection cells.

The report said that all private companies, organizations and institutions who are working in different areas need to inform nearby police stations about their interventions and working in the particular area, adding that all employees should have training and instructions on general and job-specific safety practices.

It should be noted that the fact-finding committee formed by the Sindh Human Rights Department had visited the scene of the incident as well as the entire area of the Machar Colony and met all the concerned persons and officials before preparing their report and recommendations.