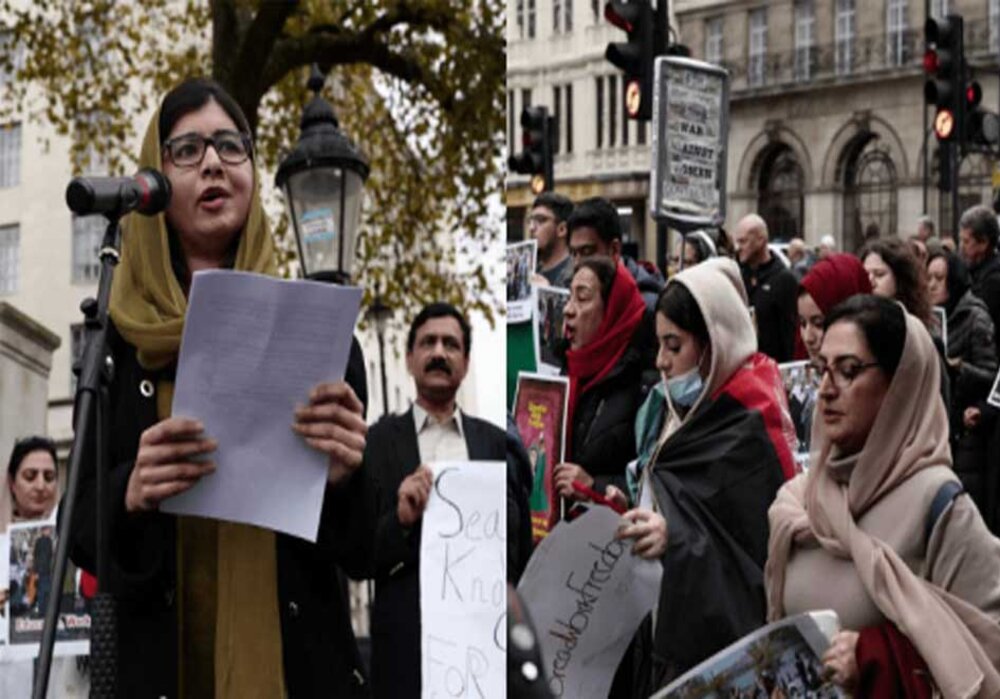 The Nobel Prize holder and human rights activist Malala Yousafzai joined a march for the freedom of Afghan women and girls.

Malala via Instagram stated that we must stand against the Taliban’s oppression and against any government or leader who refuses to step up and confront gender persecution while women and girls fight alone. Today I joined Action for Afghanistan in London to march for Afghan women and girls and to call on the UK and other powerful countries to do more to help them.

The Guardian reported that thousands of people gathered on the streets of London on Sunday to urge the UK government to establish a secure asylum path for Afghan women and girls who are in danger.

The basic demands of the march were to arrange a global summit for Afghan women and negotiate with the Taliban regarding the protection of Afghan women’s fundamental rights.

Liberal Democrat MP Wendy Chamberlain stated that there is no specific route for women and girls, and the Afghan relocation and aid program scheme is failing.

“We have gotten to the stage where the Afghanistan situation is in the too-difficult basket and those who worked with and supported the UK and other troops over the last two decades have been left behind,” MP asserted.