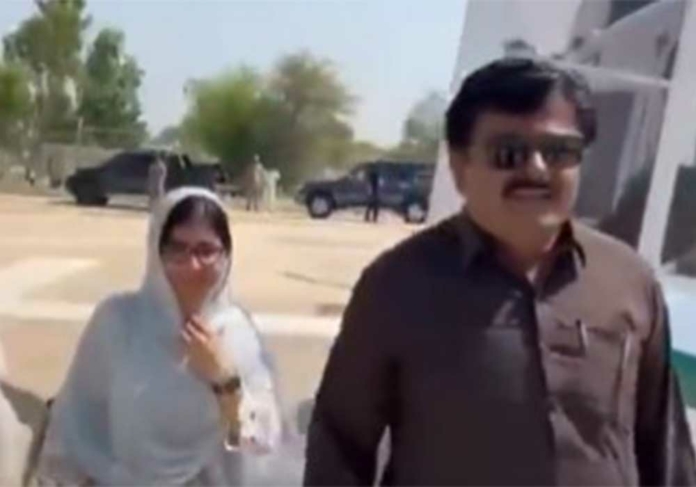 Malala Yousafzai has arrived in Chandan area of Sindh to meet flood affectees and raise awareness about plight of the stranded people, with a visit to tent schools in flood-affected areas also on her agenda.

Malala was also accompanied by the health and education ministers of Sindh along with singer-turned activist Shahzad Roy.

Tight security measures were made to provide her fool proof security during her stay with the affected families.

On her return to Karachi from Dadu, Malala will also meet Sindh’s Chief Minister Murad Ali Shah, according to a media report.

Nobel Peace laureate Malala Yousafzai arrived in Karachi on Tuesday to show solidarity with the flood victims. Her visit, only the second since she had flown to UK for life-saving treatment, comes as thousands of people protested in her hometown, where militancy once again seems to be on the rise.

Malala visited a school in Karachi yesterday, stressing the need for improvement in the quality of education, particularly for girls. Yousafzai, who is also the ‘UN Messenger of Peace’ with a special focus on girls’ education, visited an elementary school in the Central District of Karachi and remained there for an hour.

She was just 15 when militants from the Pakistani Taliban had shot her over her campaign for girls’ education.