Man fights for his life as wife, 3 daughters slaughtered 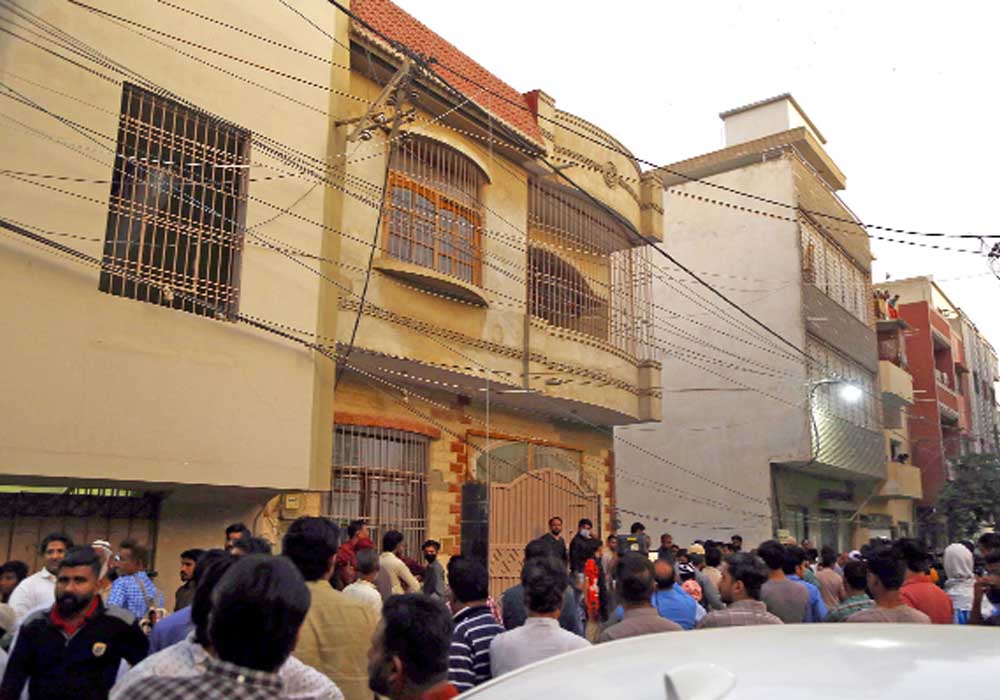 A woman and her three daughters were killed – allegedly by her husband – in Karachi’s Shamsi Society on Tuesday, police said.

Korangi Senior Superintendent of Police (SSP) Abraiz Ali Abbasi said that at 3pm, suspect Fawad, 42, “slaughtered” his wife and children in their house and then attempted suicide. “The suspect was immediately taken to the Jinnah Postgraduate Medical Centre, where he is in critical condition,” he said. According to the officer, the crime took place in the upper portion of the building – the doors of which were locked.

“Upon hearing screams, the mother- and sister-in-law of the accused broke into the portion and found the man in critical condition and others dead,” he said. SSP Abbasi said that police’s forensic team sealed the crime scene to collect evidence, while the bodies were sent for a post-mortem examination. He added that the murder weapon was recovered while further investigation was underway.

Separately, in a brief interrogation with the suspect’s sister-in-law, the police found that there had been some friction between the couple over a host of problems but ruled out any “serious issues”.

Al-Falah Station House Officer (SHO) Badar Shakeel said that among the deceased was 40-year-old mother and her three daughters aged 16, 12 and 10. He added that the suspect was a salesman at a private company in the city. The first information report (FIR) of the crime is yet to be registered. Meanwhile, autopsy of the deceased carried out by police surgeon Dr Summaiya Syed revealed that the deaths occurred due to “irreversible hemorrhagic shock leading to cardiorespiratory failures caused by cut-throat”.

She ruled out intoxication and sexual assault, stating that samples had been collected for toxicology screening, semen serology, and DNA. She further opined that it appeared that the wife put up resistance as there were ‘deep defense wounds’ on both of her hands. “There were no signs that the teenager daughters have put up any resistance.”

The police surgeon added that the suspect had received life-threatening wounds and his chances of survival were low. Later in the day, Sindh Chief Minister Murad Ali Shah, Governor Kamran Tessori, and Karachi Administrator Murtaza Wahab took notice of the incident and sought a detailed report from the police. They also expressed condolences over the deaths.