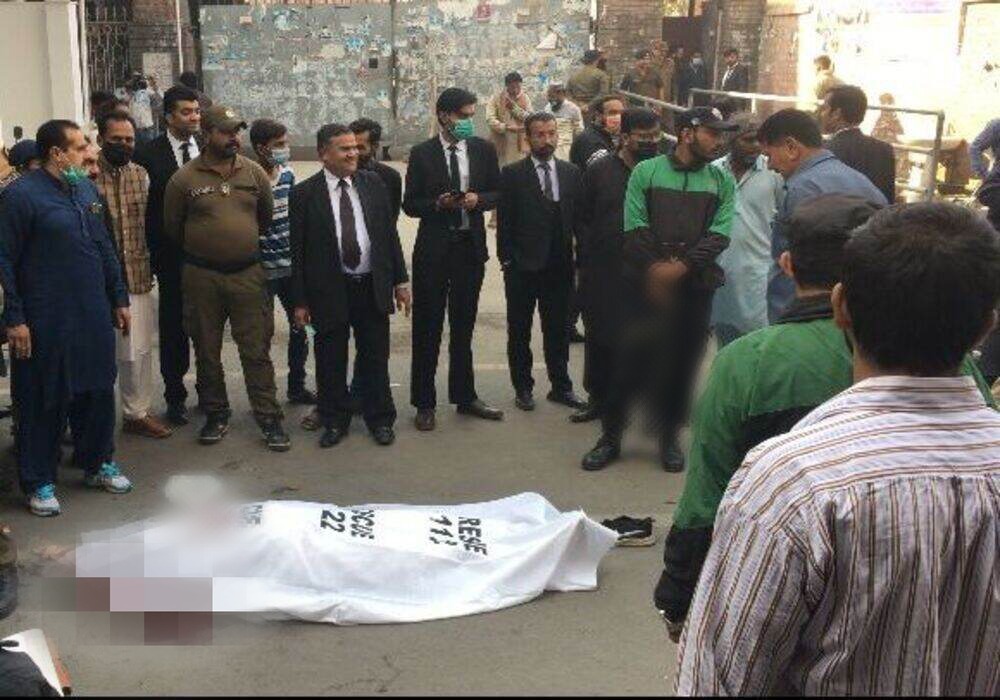 A man killed his maternal uncle, aunt and cousin over a property dispute in the Mughalpura police precinct on Tuesday.

The victims were identified as 45 years old Saqib, his wife Maryam and 15-year old son Abdullah. Saqib was the father of four. “Three children, 12-year-old Talha, six-year-old Rimsha and nine-year-old Khizra are safe,” said the police while talking to MinuteMirror. “They survived just because they had been on the first floor of the house when the shocking incident took place,” the police further said. According to the police, Shan, the main suspect, along with an accomplice killed his uncle, aunt and his cousin in broad daylight.

“The suspect first tied his maternal uncle, his aunt and cousin with a robe at the ground floor of his home and then attacked them with a sharp instrument and slit their throats,” said the police while describing the scene. They said that after the murders the suspect went to his mother to tell her that he had murdered her brother, his wife and son. As soon the woman heard the incident she reported it to the police.

Inspector General of Police (IGP) Faisal Shahkar took notice of the incident and sought a report from the Lahore Capital City Police Officer. “Immediate steps should be taken to arrest the suspects with the help of CCTV footage,” the IGP directed the police. As the police came to know about the incident the police officers including SP Civil Lines Awais Shafiq and others reached the spot. The police collected the evidence from the crime scene and started investigating.

“SP [investigation] Zain Asim also reached the spot while Mughalpura Incharge investigation briefed him about the incident and the evidence collected from the spot,” said the investigation police in a statement. Police conducted raids at different places and finally arrested both the suspects. In a separate incident, a man was killed in a firing incident in Sherakot police limits while trying to save his brother from being kidnapped.

The victim was identified as Zeeshan who was sitting with his mother and siblings Waseem and Naveed when the culprits stepped in the house to kidnap his brother Waseem. The mother of the victim’s family said that her son was killed when he tried to save his brother from being kidnapped. “My son lost his life while saving my other son,” said the woman, the tears rolled down on her cheeks. “The bullet hit the neck of my son and we immediately took him to the hospital but he could not survive,” she further said.

Sherakot police, on complaint of Mussarrat Bibi, registered the FIR against the suspects including Shabeer Tariq, Saqib Aslam and three other unknown people under Section 302, Section 34, Section 148 and Section 149 of Pakistan Penal Code, 1860. “Five people including Shabir, Saqib Aslam and three unknown entered my house and they tried to kidnap my son Waseem and when we tried to stop them they started firing and as a result, a bullet hit the neck of my other son Zeeshan who later could not survive,” said the complainant in the FIR. It said that Muhammad Talib, a passerby, also witnessed the scene.

“Waseem had some differences with the culprits over petty issues,” said Naveed, the brother of the victim. According to Faisal, the cousin of the victim, “Waseem had helped the police in getting Saqib arrested a few days ago over some illegal activities.” “Saqib tried to kidnap Waseem to get his revenge and meanwhile Zeeshan was hit and died,” he added. Police said main suspect Rana Saqib had been arrested while a car that was used in the incident was also recovered from his custody. The police had also started an investigation of the matter and conducted raids to arrest the other suspects.