15 more die in Sindh due to outbreak of diseases 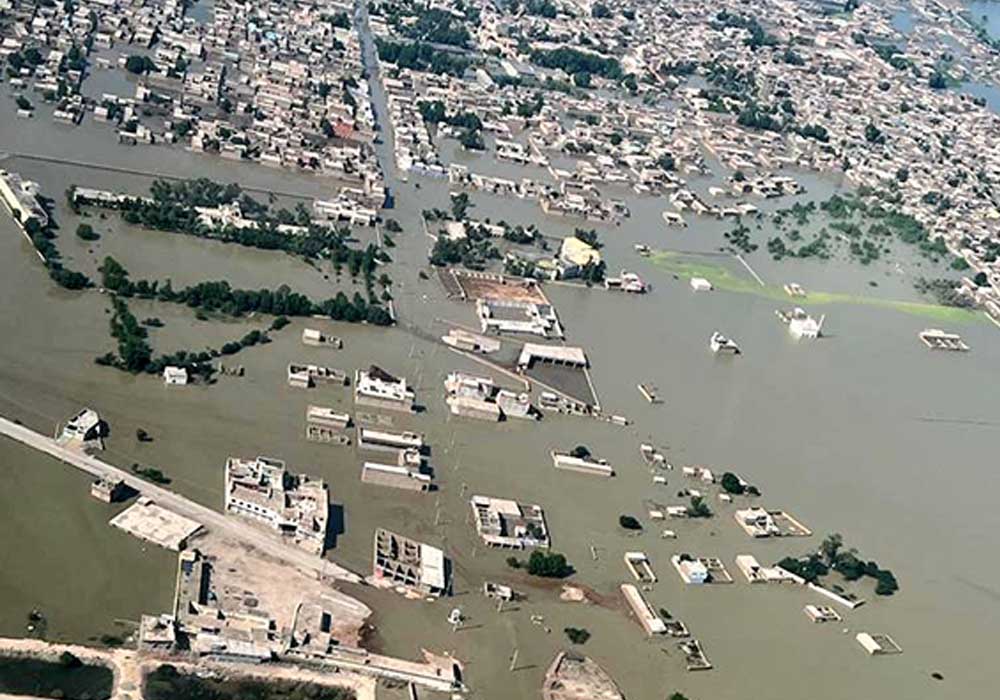 On the directions of high-ups of Sindh government, the irrigation officials made two more “relief cuts” to the dykes of Manchhar Lake on Tuesday to release the pressure of water in the biggest lake of the country.

Talking to media persons, DC Jamshoro Captain retired Fariduddin Mustafa confirmed the cuts had been made at RD (reduced distance) 50 and 52 and added that the decision was made on the directions of Chief Minister Sindh Syed Murad Shah and in the light of recommendations of irrigation officials and water experts to save the lake from a massive disaster. He said that thousands of residents from five union councils, including Wahur Sharif of CM Murad Ali Shah and Bajara town, had already been moved to safer places. The breaches in Manchhar inundated 150 villages and submerged Sehwan Airport.

Following the two more cuts to the dykes of the lake, gushing waters posed severe threat to the residents of Sehwan Sharif, Bhan Saeedabad, and Dadu towns and number of other localities of both districts. People living in towns and localities and villages feared that their towns could be submerged by water from the cuts. The water level in the lake dropped by a decimal point overnight to 123.2-foot reduced level, an engineer of the provincial irrigation department, Mahesh Kumar, told media persons.

Meanwhile, people saved two motorcycle-riding policemen who were swept away by floodwater along with their bike. Local people and authorities are struggling to contain floodwater as water level is still surging and posing serious threat to Dadu, Mehar, Bhan Saeedabad, and Johi towns. Floodwater has risen to dangerously high levels, exerting pressure on the protective embankments. The water level also surged at the Main Nara Valley (MNV) Drain and a leak has been reported at a protective dyke near Chhandan Mori.

Meanwhile, high currents in Kotri downstream are putting tremendous pressure on the main protective embankments of Thatta and Sujawal Districts. A two-meter rise was witnessed at gadget meter installed at the Indus River by the irrigation department. Remaining few villages in the riverine area of Thatta district were under deep water on Monday, leaving a huge population trapped. According to reports the residents of the affected areas couldn’t evacuate their villages following which they suffered huge losses. Efforts are underway to shift them to safe places. Sonda, Hilaya, BP and Ando protective dykes located within the limits off District Thatta are still under pressure. However, Surjani and Munarki embankments of Sujawal District have been declared highly sensitive.

The water level in Indus River has crossed over six lac cusecs at Kotri Barrage. According to the details shared by irrigation officials and Flood Forecasting Department on Tuesday, the water in Indus River was receding at Guddu and Sukkur barrages in upper Sindh, according to irrigation authorities. The river is in high flood at Kotri Barrage with water inflow surging to 608,147 cusecs and outflow in the downstream at 584,272 cusecs. Floodwater submerged Khanpur and Karo Khuh localities of Kotri. Water entered homes in Khanpur, Ward-I of Kotri Municipal Committee.

The water in the river at Giddy Barrage dropped by 92,000 cusecs in the last 24 hours. The inflow and outflow of water at Guddu Barrage was measured 297,999 cusecs. The inflow and outflow of the river at Sukkur Barrage was measured 419,090 cusecs. The river has submerged hundreds of villages in katcha area near Kandhkot and villagers are moving from their homes by boats to safer places.

The officials of irrigation department and district administration failed to plug a 500-foot-wide breach in Puran Dhoro near the shrine of Malook Shah on the outskirts of Jhuddu town as the floodwaters inundated more localities, though thousands of town residents had already moved to safer places. After the flood wreaked havoc in Jaffarabad, cholera outbreak claimed the lives of two children in the area due to non-availability of clean drinking water and proper hygienic food in the rural area. In all, at least 15 more people died in different areas of Sindh due to the outbreak of diseases.

Meanwhile, the unprecedented torrential monsoon rains across the country on Tuesday inflicted further lives and property losses as the 11 more people perished in the last 24 hours that took the total death count in various incidents to 1,325 and 12,703 individuals got injured since the onset of the rainy season.