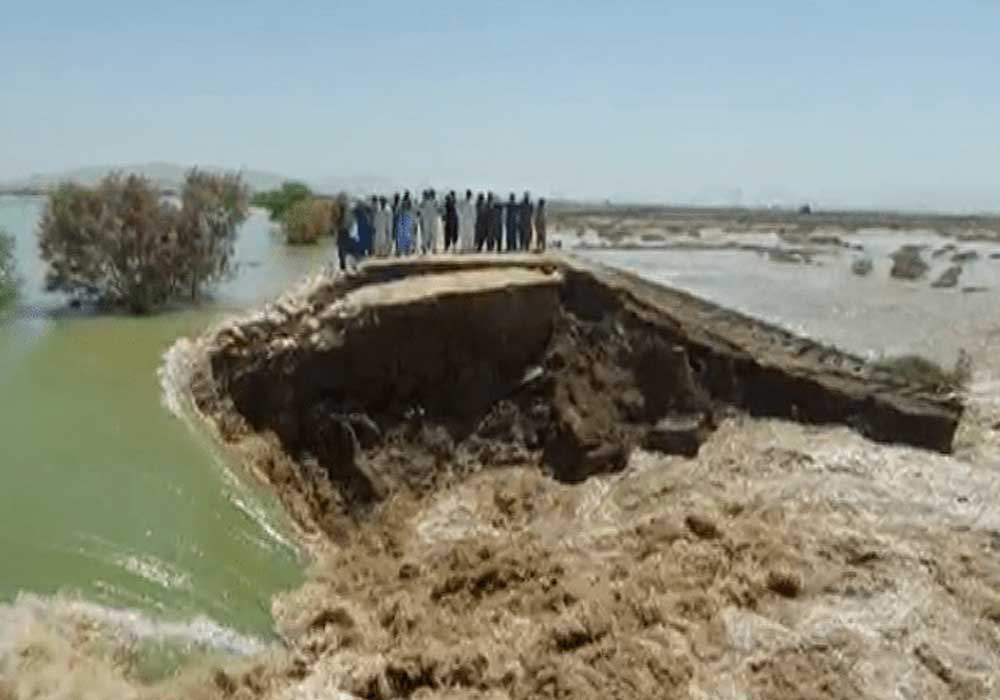 Water levels in Sindh’s Manchhar Lake and parts of the Dadu district were on the rise on Saturday as the country struggled in the face of devastating floods, which have claimed over 1,300 lives since mid-June, and authorities prepared for more evacuations from areas at risk of flooding.

Record monsoon rains and melting glaciers in Pakistan’s northern mountains have brought floods that have killed 1,314 people since June 14, with 24 deaths reported over the past 24 hours, according to the National Disaster Management Authority (NDMA). According to the official in charge of the irrigation cell for Manchhar Lake, Sher Mohammad Mallah, the water level in the freshwater body had risen to 125 reduced levels (RL) by Monday afternoon, up from 123.2RL recorded yesterday night.

He said that the lake’s protective dykes at RD-80, 75, 20 and 10 were “washed over” by waves and strong winds. A dyke of Manchhar was breached on Sunday in face of the threat of densely populated areas of Sehwan and Bhan Saeedabad being flooded. According to officials, the cut made between RD-14 and RD-15 will allow water to eventually reach the Indus River – something not happening for the past two days as the river was flowing in ‘high flood’ between Sukkur and Kotri barrages.

However, the breach, dubbed a “relief cut”, was expected to flood at least five union councils (UCs) of Dadu – Jaffarabad, Channa, Arazi, Bubak and Wahur. Moreover, a Reuters report said the breach would displace up to 100,000 people. Area residents said on Monday that the five UCs had been flooded but the reports could not be verified from any official sources. Meanwhile, Jamshoro Deputy Commissioner (DC) Fariduddin Mustafa said 25 boats had been arranged for evacuations from areas at risk, from where several families and individuals had already been evacuated.