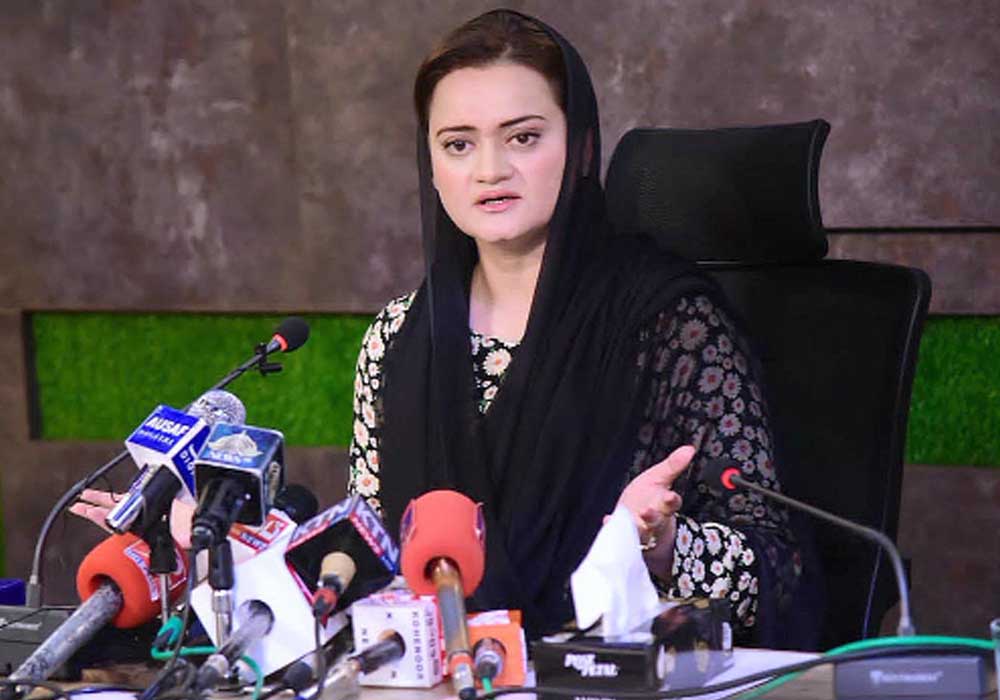 Information Minister Marriyum Aurangzeb on Monday accused former prime minister Imran Khan of instigating the public with hate speech, alleging that PTI chief was the mastermind of the Shahbaz Gill controversy and the anti-army campaign. “Nowadays, you have seen that a drama is underway in the country because a man, who is an expert at lying, is creating false narrative and spreading propaganda [among the public],” she said at a press conference in Islamabad. The minister recalled that when the PTI government was ousted, it had left behind a “landmine” for the incumbent coalition rulers. “Ever since we have been trying to fix the economy… And we have succeeded considerably as the market is regaining confidence. But this man [Imran] just can’t stand this,” she said. “When this man saw that the situation was finally getting better, he decided to spread so much hate and anarchism [in the country] that the confidence of the economy started shaking again.” Referring to the PTI chief’s statements at the rally in the capital on Saturday, Marriyum Aurangzeb said that Imran was a “thug” and who instigated people and then ran away. “He ran away from the Election Commission of Pakistan, FIA (Federal Investigation Agency), helicopter case, Toshakhana Reference […] and closed down all the investigations.” Imran, she accused, instigated pilgrims in Saudi Arabia and then fled. “On May 25, he called people to D-Chowk but fled from the site […] last night he called people to Bani Gala but ran away from there too,” she added. She claimed that the ex-premier was “an expert at changing debates”. “He did so with the martyrs of the Lasbela incident […] he wrote that script for Gill […] he is the mastermind behind it all.” But the reality was that Imran had been caught, the minister continued. “If you haven’t committed theft, submit your answers to the FIA and ECP […] why have you refused to talk to them? Nawaz Sharif did the same, why can’t you?” Meanwhile, Marriyum Aurangzeb revealed that the FIA had found an undeclared account under President Dr Arif Alvi’s name, claiming that the agency had his signatures as proof. “The account has not been registered under the ECP or anywhere else.” The minister also said that the accountant firm managing the PTI’s accounts had recently written a letter to the electoral board in which it had distanced itself from the party’s financial record. “And another important point that has come forward is that two offshore companies that Imran has constantly denied affiliation with […] it has been found that the companies were in fact owned by PTI members and the party was withdrawing money from it. But this was hidden from the ECP for over eight years,” she pointed out, adding that it was now “proven” that Imran was a “foreign agent”.