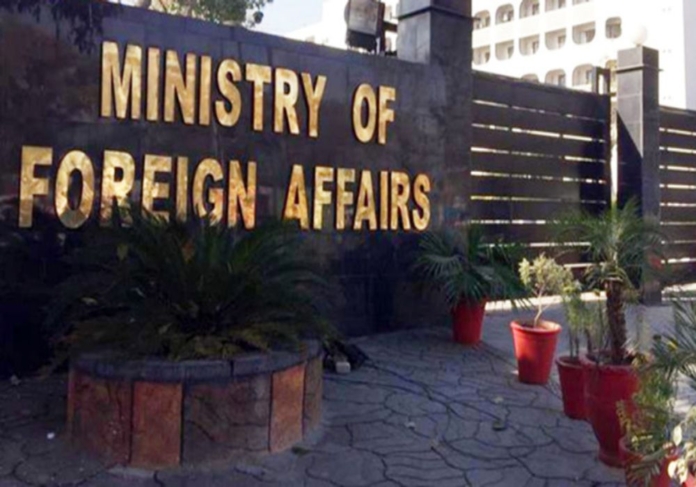 The Foreign Office on Friday termed it a matter of grave concern that Indian occupation forces had martyred five more Kashmiri youth in fake encounters in Kulgam and Kupwara areas in the Indian Illegally Occupied Jammu and Kashmir (IIOJK) in the past week.

Speaking at the weekly press briefing here, the Foreign Office spokesperson said, “We also continue to draw the attention of the international community to the deteriorating situation, particularly the health of Kashmiri political prisoners including Hurriyat leaders languishing in different jails of India and IIOJK, and we demand their immediate release.”

“We also condemn India’s illegal and unprovoked, literally unjustified economic assault on IIOJK manifested by the recent halting of fresh fruit laden trucks from Kashmir valley by Indian occupation forces. This is kind of an undeclared economic blockade of Kashmiri fruit growers, and a deliberate attempt to destroy the economy of Occupied Jammu and Kashmir and punish the Kashmiri people for their struggle for the right to self-determination,” he added.

On the floods and the ongoing international assistance, he said, “As we transition from rescue and relief phase of response to this unprecedented climate catastrophe to the more challenging rehabilitation and reconstruction phase that is upcoming, we are grateful to the unparalleled generosity and resilience of the Pakistanis who have contributed in cash and kind to help their brethren.”

He said Pakistan was also thankful to international friends and partners for sending 133 relief flights, along with ships, trucks, and goodness trains to help the flood victims.

“We are determined to overcome this adversity with determination, grit, perseverance, and mobilization of national and international efforts.”

Separately, Pakistan condemned the dastardly terrorist attack on an educational institution in Dasht-e-Barchi, Kabul, in which precious innocent lives were lost, with many injured.

“The government and people of Pakistan extend their profound and heartfelt condolences to the bereaved families and pray for early recovery of the injured,” the Foreign Office said in a statement issued here. “We stand in complete solidarity with our Afghan brethren in the fight against the scourge of terrorism,” the statement added. 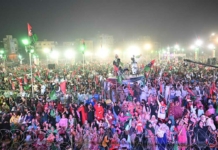