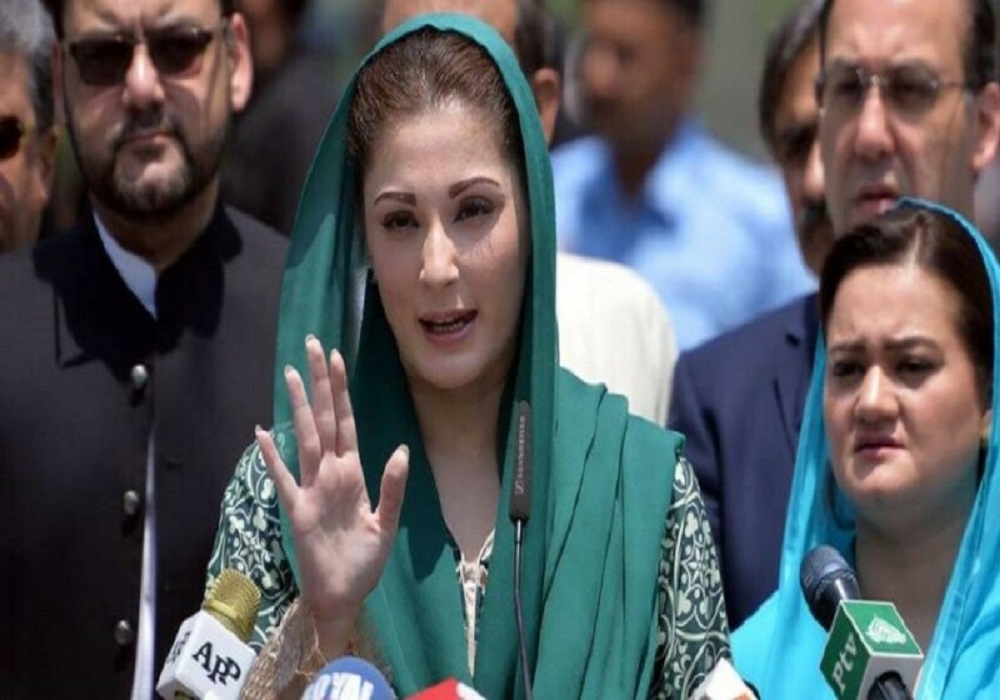 The by-polls in Punjab are scheduled on both National Assembly and provincial assembly seats that fell vacant after the resignations of lawmakers. Sources within the party told this scribe that it has been decided to field Maryam in the election campaign after successive power shows of Pakistan Tehreek-e-Insaf (PTI) Chairman Imran Khan across the country.

Imran is holding impressive power shows in almost every district since his ouster from the coveted office of the prime minister. Just recently, he has addressed mammoth public gatherings in Jhelum, Gujrat, Faisalabad, Bahawalpur and Sargodha and he is likely to visit Sheikhupura and Multan this week. To counter the wave of Imran Khan, the apparent political heir of Nawaz Sharif will visit the constituencies ahead of scheduled by-polls being held in Punjab.

As per the schedule, Maryam Nawaz will address a public rally in Bahawalnagar on September 8 where a by-poll is scheduled on a provincial assembly seat of PP-241 on September 11. She will go to Sheikhupura the very next day where a by-poll will be held on PP-139 on September 11. In both these constituencies, all parties of the Pakistan Democratic Movement (PDM) are backing the candidates of the PML-N against the PTI. In PP-139, the contest will be between PML-N’s Iftikhar Bhangu and PTI’s Mian Abu Bakar Sharaqpuri. For NA-157 Multan, the PDM is backing the candidate of PPP Syed Ali Musa Gilani, while the PTI has fielded Mehr Bano Qureshi, the daughter of PTI’s stalwart Shah Mahmood Qureshi. Moreover, by-elections will be held in nine constituencies of the National Assembly on September 25. These seats fell vacant after NA Speaker Raja Pervaiz Ashraf accepted the resignations of PTI MNAs. Among these nine NA seats, two fall in Punjab -one each of Faisalabad and Nankana Sahib. From both the seats, PTI Chairman Imran Khan will contest against the candidates backed by the PDM. In Faisalabad, the PML-N awarded a ticket to former minister Abid Sher Ali, while Dr Shazra Mansab will be contesting from Nankana Sahib on the PML-N ticket. It is worth mentioning here that both these seats were clinched by the PTI’s candidates in 2018. Sources within the PML-N told this scribe that Maryam Nawaz will visit all the constituencies of Punjab where by-elections are being held.

Moreover, the federal minister without portfolio Mian Javed Latif, who is also a close confidant of Maryam Nawaz, lashed out at his own federal government.

Addressing a press conference at the Model Town secretariat, the federal minister demanded that a parliamentary commission should be constituted to probe the blackmailing of Imran Khan against state institutions. “The National Assembly should be locked if the prime minister doesn’t constitute a parliamentary commission. The whole nation must be taken into confidence that who is a hindrance in the way of Imran Khan’s arrest,” the minister said. He also lashed out at his own interior minister as he asked why Rana Sanaullah didn’t get Farhat Shahzadi (aka Farah Gogi) and the wife of Imran Khan Bushra Bibi arrested despite the fact that they were involved in scams.