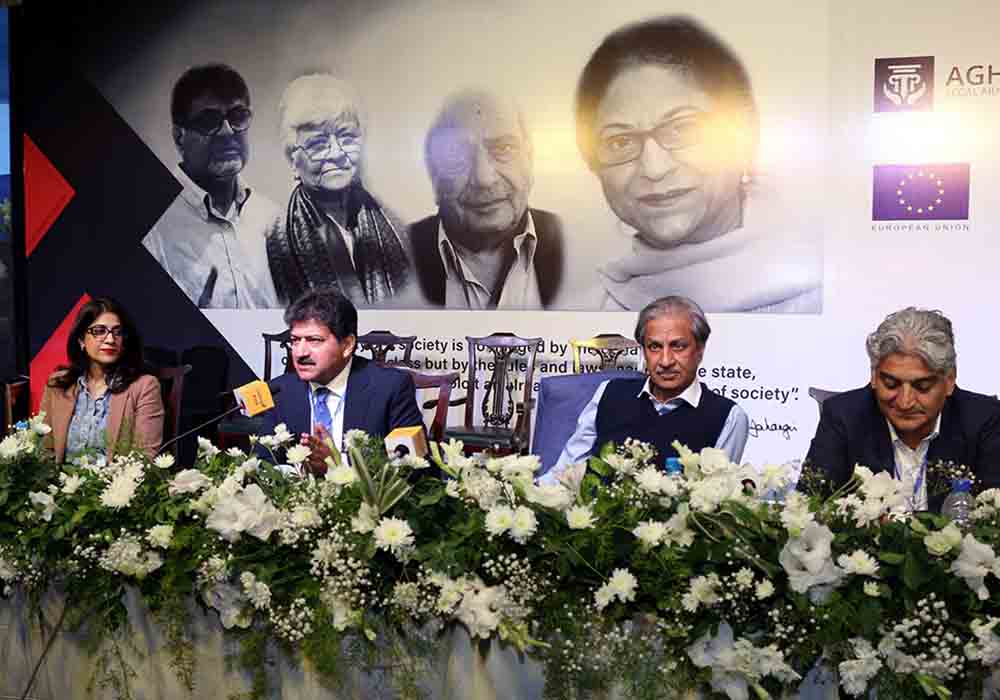 Speakers at a session on media censorship at the Asma Jahangir Conference on Saturday stressed the need to ensure the freedom of media in Pakistan.

The session was moderated by anchorperson Zarrar Khuhro.

Speaking on the occasion, journalist Hamid Mir said, “There is ‘rule by law’ in Pakistan instead of ‘rule of law’. Just go to any corner of Pakistan and ask a question whether media is free here. You will hear a huge laughter in response to this question.”

“The independence of the judiciary and parliament is linked with free media but unfortunately this very media isn’t free in Pakistan,” he said amid a huge applause by the audience.

Jyoti Malhotra, senior consulting editor of The Print India, said: “Both India and Pakistan must listen to the will of their people instead of imposing things on them.”

Munizae Jahangir, the host of the conference, said that Pakistan was facing the worst form of censorship these days. “It has become a common practice that a news item isn’t published but its rebuttal gets the space on newspapers due to some unknown pressure.”

Another session titled ‘The Censored: Voices excluded from mainstream’ was also held in which renowned journalists of Pakistan spoke over the state of media in the country.

“You cannot kill dissent,” he said while recalling that no organisation was ready to publish his articles and that was why he opted for digital media to express his thoughts.

The session was also addressed by Talat Hussain, Amber Shmasi, Matiullah Jan and Farooq Tariq. The conference was also attended by a large number of lawyers, students, journalist, rights activists and teachers.