The PMDA is widely unpopular, with critics calling it unconstitutional and draconian* 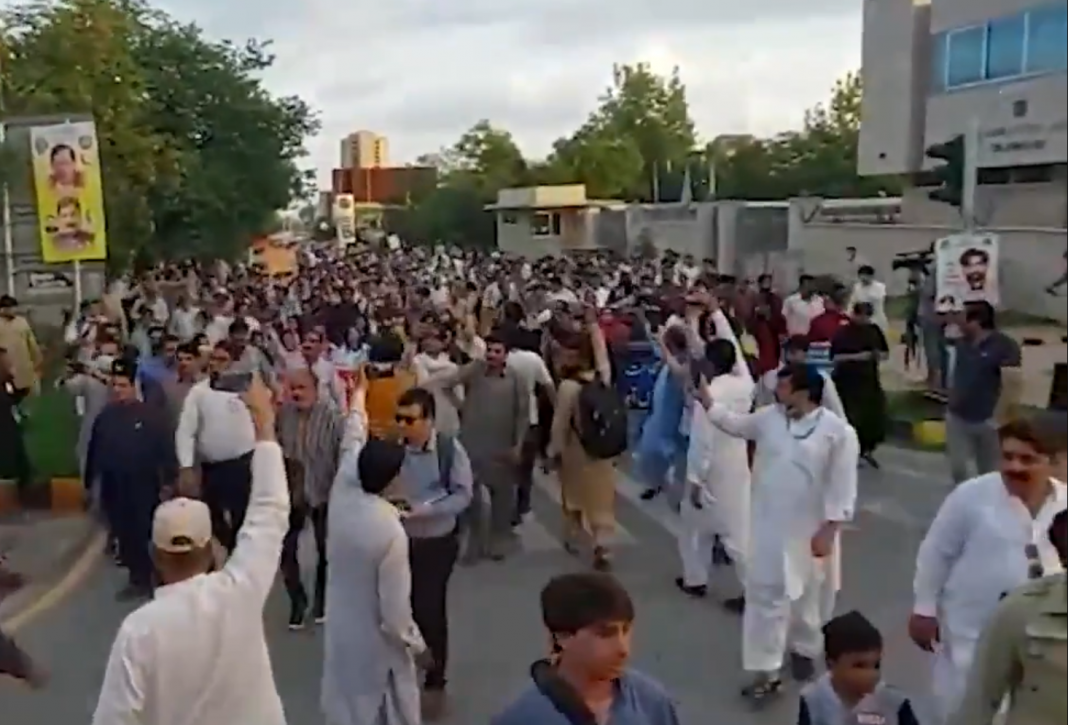 The news and media industry held a protest against the Pakistan Media Development Authority (PMDA) law amidst a heavy contingent of police outside the Parliament House (PH) on Sunday.

Pakistan Muslim League-Nawaz (PML-N) leader Maryam Aurangzeb posted a video on Twitter that showed preparations ahead of the protest, which included a large group of security officials and barricades. Aurangzeb said that the preparations were being done to block peaceful media members who gathered against Prime Minister Imran Khanâ€™s â€˜fascistâ€™ policies regarding the PMDA.

The Pakistan Federal Union of Journalists (PFUJ) announced the protest on Saturday and urged people to come out against the governmentâ€™s plans to allegedly curtail media freedoms under the PMDA. Protesters responded to the call and started gathering outside PH on Sunday evening.

The PMDA ordinance has been widely unpopular amongst media personnel since it was first proposed as a monolithic media regulatory authority by the government in June. Print, broadcast, and digital media would all come under the fold of the PMDA.

The legislation had several unpopular proposals, one of which gave sole control to the body to issue No Objection Certifications (NOCs) for upcoming films, broadcast and print media. According to another controversial measure, the PMDA would have the power to impose a fine of up to Rs250 million on electronic media outlets for â€˜violationsâ€™.

The developments around PMDA so far have also been wrought with controversy. Federal Information Minister Chaudhry Fawad Hussain was slammed by the PFUJ after he claimed he held a meeting with the concerned union to advance the PMDA in August. The PFUJ denied being involved and said the meeting was conducted with fake journalists.

The PMDA has been widely lambasted by media and lawmakers with Pakistan Peoples Party Chairman Bilawal Bhutto-Zardari having previously called it a â€˜black lawâ€™. Senateâ€™s Standing Committee on Information Chairman Senator Faisal Javed also said on Wednesday that the PMDA would be rejected if the government was not able to prove its merit to the panel.