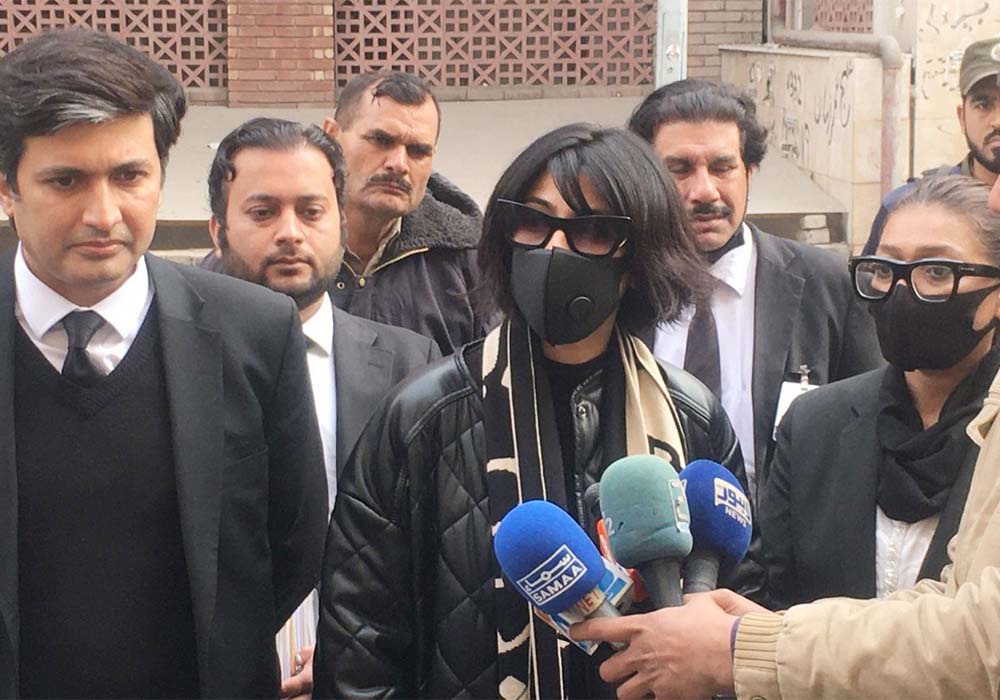 Actor-cum-singer Meesha Shafi on Monday rejected rumours of reconciliation with Ali Zafar, saying that she appeared before the court for cross-examination in the sexual harassment case.

While talking to reporters outside the sessions court in Lahore’s Judicial Complex on Monday, the actress said that all these rumours were baseless.

“I appeared before the court and recorded my statements in the cross examination,” said the actress.

Addressing the reporters, she said, “Ask me about myself and not about Ali Zafar.”

Meesha Shafi was of the view that difficult times in one’s life could not be accidental.

“All this humiliation that I faced since I spoke up is not accidental,” the actress stated.

Talking about family support in the legal fight against Ali Zafar, she said that her husband was standing by her since the first day. She stated that Pakistani society did not witness such a case before the one she was facing now.

She said that people learnt through their experiences and perhaps society could take any positive direction upon the conclusion of this case.

Meesha Shafi had filed a case of sexual harassment against singer Ali Zafar, and in return, he had filed a defamation suit against her.

Both showbiz celebrities have been locking horns for a long time. The actress had also filed a defamation suit of Rs2 billion against the singer after her case of sexual harassment.

Earlier in the day, Meesha Shafi appeared before the court and the lawyer of Ali Zafar conducted a cross-examination before a sessions judge at the judicial complex.