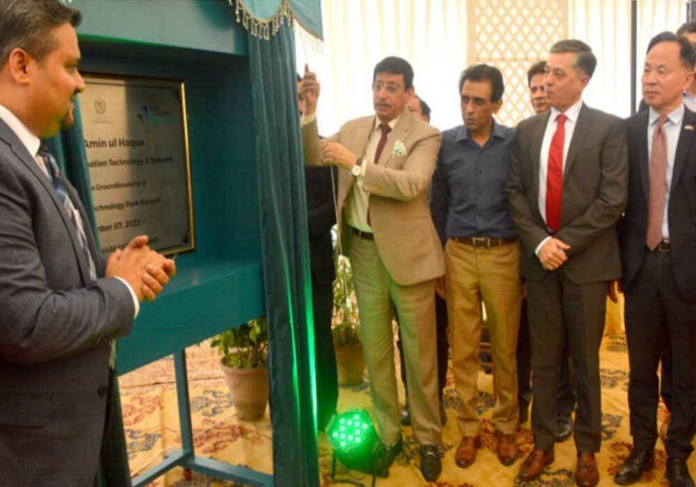 On Monday, the IT Park project, which would cost about Rs42 billion when finished in 2026, intends to open Pakistan to innovation.

According to Haque, who spoke at the project’s launching, it will eventually employ over 20,000 IT workers, foster commercial prospects, and stimulate the economy.

The Executive Committee of the National Economic Council (ECNEC) approved the “Establishment of IT Park, Karachi” project at its meeting on June 4, 2021, for a capital cost of Rs 41.39 billion ($186.658 million).

Haque said that these parks serve the objective of giving innovative firms a place to grow and succeed.

The majority of IT and software parks offer plenty of room for corporate growth. He continued, “Governments from all over the world frequently invest in these technology parks to strengthen their local and overall economies.

According to him, the knowledge-based economy, entrepreneurship, and the development of modern technologies in the area are the top three advantages of technology parks.

IT experts and other stakeholders applauded the move and added that the entire region would gain not only Karachi or Pakistani citizens.