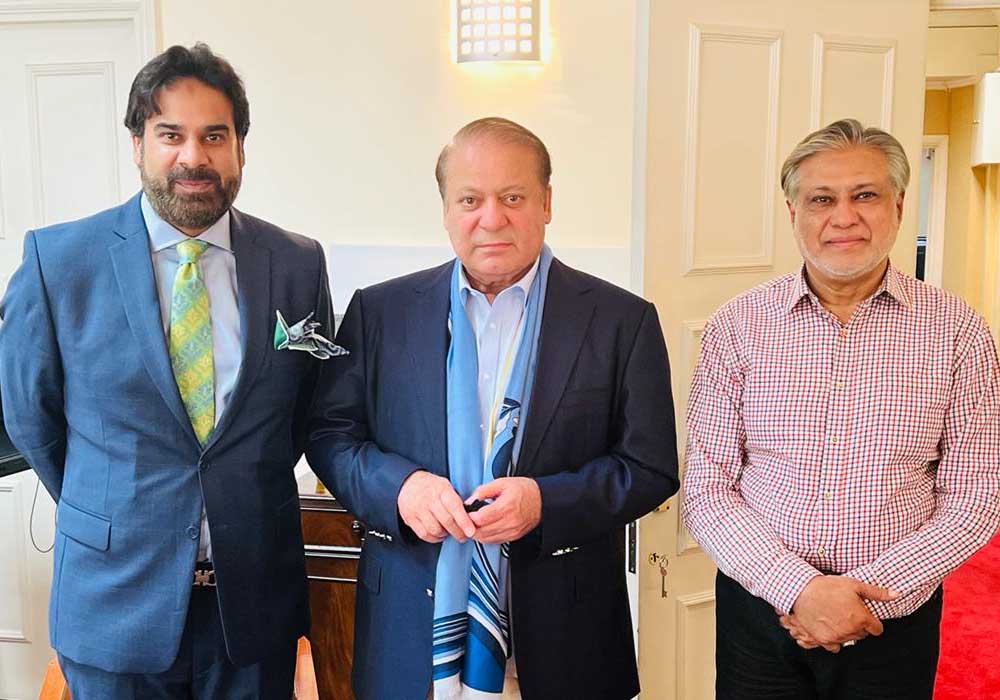 Meher inquired about Sharif’s health and discussed with him the performance of the coalition government. Sharif appreciated the suggestion of Meher Kashif to steer the country out of the prevailing economic crunch in the wake of rising global inflation. Former federal finance minister Senator Ishaq Dar was also present on the occasion.

Nawaz Sharif told Younis that the steps like increasing the prices of petroleum products. power and gas were very troubling as there were no other options to save the country from default. He recalled that his previous regime of 2013-2017, was the most relief-filled time for the people of Pakistan when inflation was at its lowest ebb.

Meher praised Ishaq Dar for his economic wisdom and said that he should return to the country to help stabilise the country from the crumbling economy.

Meher suggested the former prime minister to plan his return to Pakistan after his recovery and play his dynamic role in politics and the progress of the country. Nawaz Sharif said that he misses Pakistan and the people of Pakistan. He is worried about the impending looming economic crisis in the homeland. About his return, Nawaz Sharif said his treatment was going on and once he was recovered and doctors allowed him, he would take a flight to Pakistan forthwith.