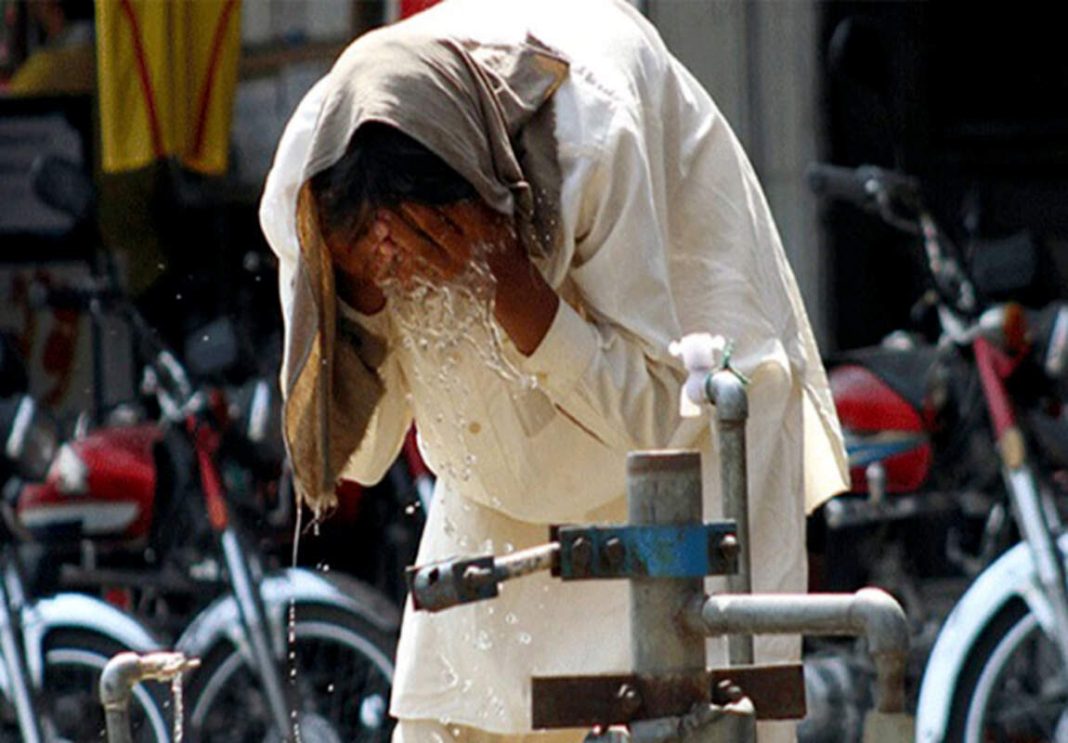 Another hell like day was observed in Pakistan in the Northern Hemisphere where the mercury reached 51 degrees Celsius in Jacobabad, recorded highest ever in the world during the month of May reported Pakistan Metrological Department.

The Met Office has said that there is no chance of respite from the prevailing extreme weather during the next seven days as day temperatures are likely to rise from May 18. However, amid the searing heatwaves that have gripped most parts of the country, the Punjab government seems reluctant to announce early vacations in schools.

In a notification issued on Saturday, Punjab School Education Department has asked all the district education authorities to adopt all necessary precautionary measures to protect children from the heatwave.

Authorities have been directed to disseminate awareness among students during daily class lectures so as to avoid a surge in cases and control any outbreak.

On other hand, the Punjab Chief Secretary (CS) Kamran Ali Afzal has asked people to avoid going out unnecessarily while suggesting women to spend less time in front of stoves for cooking purposes.

In his Twitter message, he asked people to carry an umbrella and a water bottle along with them when leaving home.

During the scorching heat, most people use extensive water to beat the heat. However, in his message, CS urged people not to misuse water and electricity. He continued that people must stay indoors as possible during the next whole week and asked them to use water and soft drinks.

“People should avoid all kinds of meat and choose soft and airy clothing,” appealed the CS.

Afzal informed that severe heat waves are expected across the country next week. “Meteorological Department has predicted the daytime temperature in upper parts of Punjab is likely to be 7-9 degrees above normal due to an increase in the intensity of weather during next week,” he said and continued that the central and southern parts of Punjab will also be in the grip of extreme heat during next week.

“The daytime temperatures in southern and central Punjab will be 6 to 8 degrees above normal during the day while there is a possibility of further reduction in energy demand,” said the CS.

People expressed their concerns on the Twitter messages of the chief secretary for not closing the schools. A twitter user replied to CS that the far districts of South Punjab were observing above 50 degrees Celsius and amid this situation the government should have a thought of school going innocent children.

Another user informed CS that his seven-year-old granddaughter suffered from cholera, heatstroke and chicken pox on her way back from school.

Moreover, a large number of parents have criticized the government for not announcing early vacations amidst the prevailing extreme weather situation. “I’m worried about my three kids who go to school daily in this scorching heat,” said Syed Sheraz Shah, 45, while talking to Minute Mirror. He said that he daily found his kids semi-conscious on their return from school.

Shah asked authorities that when exams had been announced from May 23, then what was the reason to force students to attend school instead of giving them vacations till then?

Earlier CS on Friday had announced to activate the provincial and district disaster management authorities across the province, hospitals while putting Rescue 1122 on high alert. He directed all the district authorities to establish temporary water-drinking points and early response centres in their respective areas.

Following the directions, the district administration in Lahore has established at least 62 heatwave centres. According to Lahore deputy commissioner Umar Shair Chatha, the city administration had set up water tankers in collaboration with WASA at 30 spots in the city. He claimed that citizens were being provided with clean drinking water on city roads.