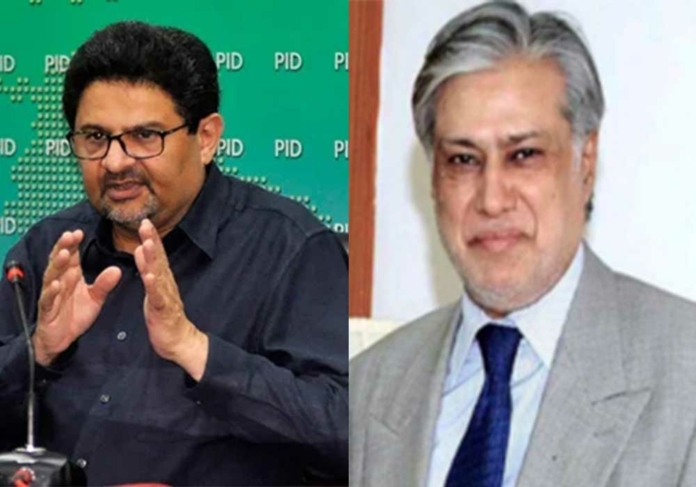 Finance Minister Miftah Ismail has stepped down from his post as senior PML-N leader Ishaq Dar is all set to become the country’s new financial czar.

The development came after an important party meeting held under the chairmanship of Pakistan Muslim League-Nawaz (PML-N) supremo and former prime minister Nawaz Sharif in London on Sunday.

In the meeting, the overall political situation of the country was discussed in detail. Miftah submitted his resignation to the PML-N supreme leader, saying the ministry was entrusted by the party. “I worked to the best of my ability for four months, and remained loyal to the party and the country,” the PML-N statement quoted Miftah as saying during the meeting. Nawaz Sharif appreciated the efforts made by Miftah for carrying out the responsibilities under the “tough economic challenges”.

During the huddle, PM Shehbaz and party supremo Nawaz nominated Dar as the new finance minister of the country. The participants of the meeting were of the view that the incumbent government had to “put out the fire of economic disaster” caused by the previous PTI-led regime. A day earlier that the top PML-N leaders had decided that Dar would replace the incumbent finance minister, Miftah Ismail. The decision to appoint Dar as financial czar appears to be a desperate move by the bigwigs of the PML-N not only to revive the country’s faltering economy but to regain its lost political capital ahead of the next general elections.

Dar, a senator-elect, is likely to take oath as the finance minister as early Tuesday. PM Shehbaz, who had gone to the UK to attend the funeral of Queen Elizabeth, had met his elder brother in London to discuss key political issues before departing to the US to attend the UN General Assembly session.