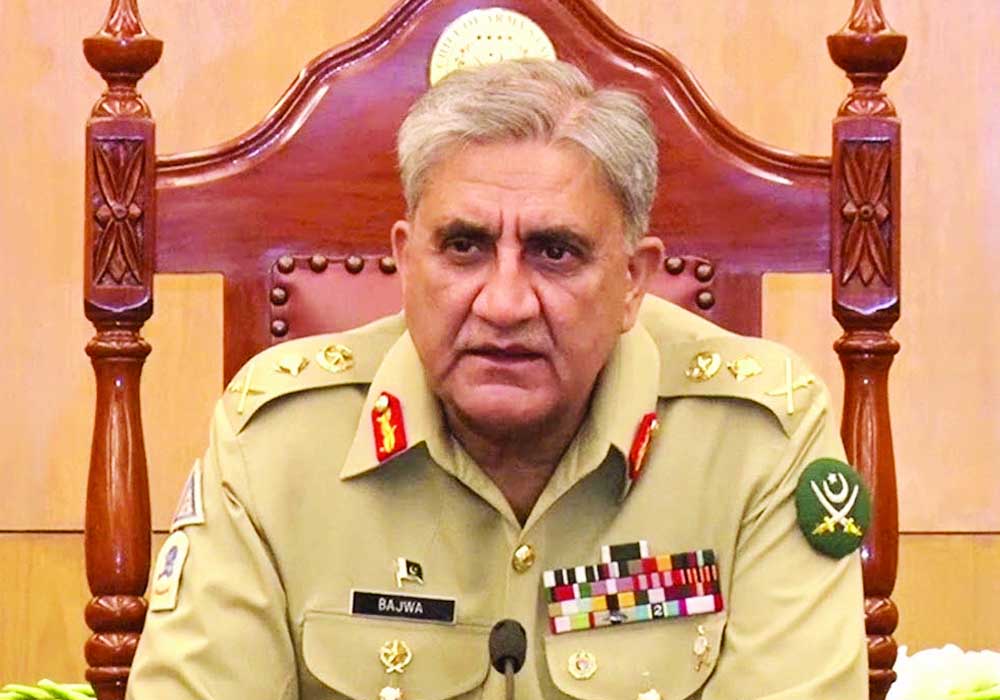 Chief of army staff Qamar Javed Bajwa during his interview with Gulf news stated that Military diplomacy is complementary to Pakistan’s Foreign Policy.

While talking about the role of the military in Pakistan’s Politics he said, “We have restricted the army’s role to its constitutionally mandated task only by deciding to make it apolitical.”

He further added that the ‘a-politicization’ of the army is getting some unfavourable reactions and personal criticism but this move will help to re-energize and improve democratic culture and boost the ability of state institutions to function and deliver successfully.

General Bajwa also stated that the people of Pakistan have consistently given the army strong support for its beneficial and constructive contributions to Pakistan’s growth and national security.

“Despite some criticism and undue vilification of the armed forces through mass propaganda and meticulously crafted false narratives, the institutional resolve to remain apolitical will remain steadfast,” Bajwa stated.

While talking about Pakistan’s relationship with GCC and Middle Eastern states he said that strong religious, historical, and traditional ties with Arab states are beyond any cost-benefit calculus.

He also added that military diplomacy has also played a significant role in Pakistan’s relationship with the Middle Eastern States.

While asked about the main challenges that Pakistan is facing General Bajwa said that the stability of Pakistan has always been challenged by unresolved disputes which make the whole of South Asia the least integrated region despite having huge potential.

“The region has been referred to as the strategic chessboard due to its role in great power rivalries in the past the recent being the two-decades-long war against terror led by the US and the West in Afghanistan,” Gen. Bajwa said while referring to US war on Terrorism.

In answer to a question regarding tribal areas Gen. Bajwa said that with a focus on mainstreaming our tribal areas, Pakistan has also adopted a comprehensive people-centric strategy for development, bringing undeveloped portions of the nation up to par with other areas.

While talking about the future of the Pakistan army General said, “I foresee Pakistan Army as a cohesive, agile, adaptive and a modern force, which can complement other elements of national power by maintaining a credible deterrent capability to help foster a secure environment for national development and socio¬economic well-being.”