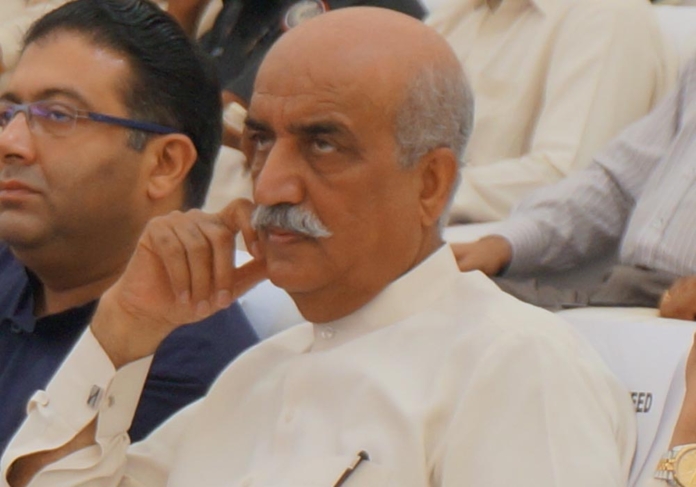 Minister for Water Resources Syed Khursheed Ahmed Shah suggested levying more taxes on the cigarette industry in order to save the people from cancer, tuberculosis, and other chronic diseases, besides millions of rupees spent on their treatment.

He said the price of cigarettes should be doubled as the same was much higher in other countries. A parliamentary committee, he said, should be constituted to look into the sectors that were paying taxes and the one ones which were contributing nothing. National Assembly on Friday took up around 27 recommendations made by Upper House of the Parliament for incorporation in the Finance Bill and 217 proposals related to the Public Sector Development Programme (PSDP) for the year 2022-23.

Lawmakers including Moulana Abdul Akbar Chitrali and Wajiha Akram debated some of the recommendations like tax exemption for FATA and PATA areas till 2035, tax abolishment for mosques and seminaries in the utility bills, early implementation on transfer of 3 percent NFC award share to the tribal areas etc. They stressed for inclusion of Senate and their own recommendations in the next fiscal plan.

As per the recommendations, the Senate suggested to the National Assembly that exemption on the real small retailer i.e. with shop size of 6×6 or 6×8 non-air conditioned retailer should be based on their electricity bill. The Upper House recommended that retrospective exemption of Federal Excise Duty to Newly Merged Districts should be provided and in order to promote economic prosperity and implement the true spirit of the exemptions promised, all previously uncollected taxes on sales including electricity bills should also be exempted for the year 2019 to 2020.

With the Passage of 25th Constitutional Amendment, FATA and PATA stood merged in the provinces of Khyber Pakhtunkhwa and Balochistan. A phased approached was needed for the full application of fiscal law to erstwhile Tribal/Newly Merged Districts (NMDs) therefore, a decision was made to exempt all taxes which would have not applied Article 247 of the Constitution had not been omitted under the Constitution (Twenty-Fifth Amendment) Act, 2018.

However, against the spirit of this decision, Federal Excise Duty was imposed in NDMs brining the excisable goods produced in these areas under the ambit of taxation. Senate suggested that the provision of section 37 of the Income Tax ordinance, 2001 omit Capital Gains Tax on immovable property or the amendment proposed in section 37 of the Income Tax Ordinance, 2001 vide Clause 5 (10) (a) of the Bill, 2022 may be withdrawn as it amounts to encroachment upon the provincial domain contrary to the provisions of the Constitution.

The Upper House recommended to the NA that the proposed provisions of Section 7E, as added vide Clause 5 (5) of the Finance Bill, 2022, may be omitted being unjustified and ultra-vires the Constitution. Senate recommended that the rate of AIT on cellular services be reduced to 8 %, as per the commitment made by the government while introducing Federal Budget, 2021.

Senate suggested that FED rate on natural gas (PCT heading 2711.2000) be enhanced from Rs10 per NMBTU to Rs20 per NMBTU in view of the increase in the prices of Natural Gas since 2010. Senate recommended that FED at 5% ad valorem be levied on Crude Petroleum Oils (PCT) heading 2709.000) and, with a view to avoiding any possible effect on the retail price of POL products, this FED may be collected in sales tax mode by adding Crude Petroleum Oils (PCT heading 2709.000) in the Table of the second schedule to the Federal Excise Act, 2005.

Upper House recommended goods imported by non-profit making institutions, and imported by or donated to hospitals run by the non-profit making institutions subject to the similar restrictions, limitations, conditions and procedure as are envisaged for the purpose of applying zero-rate of customs duty on such goods under the Customs Act, 1969, (IV of 1969). It recommended that for raw hides and skins either FBR issue clarification that the same definition will apply in sales tax as per clause 46AA i.e. income tax or it is included in 6th schedule of sale tax.