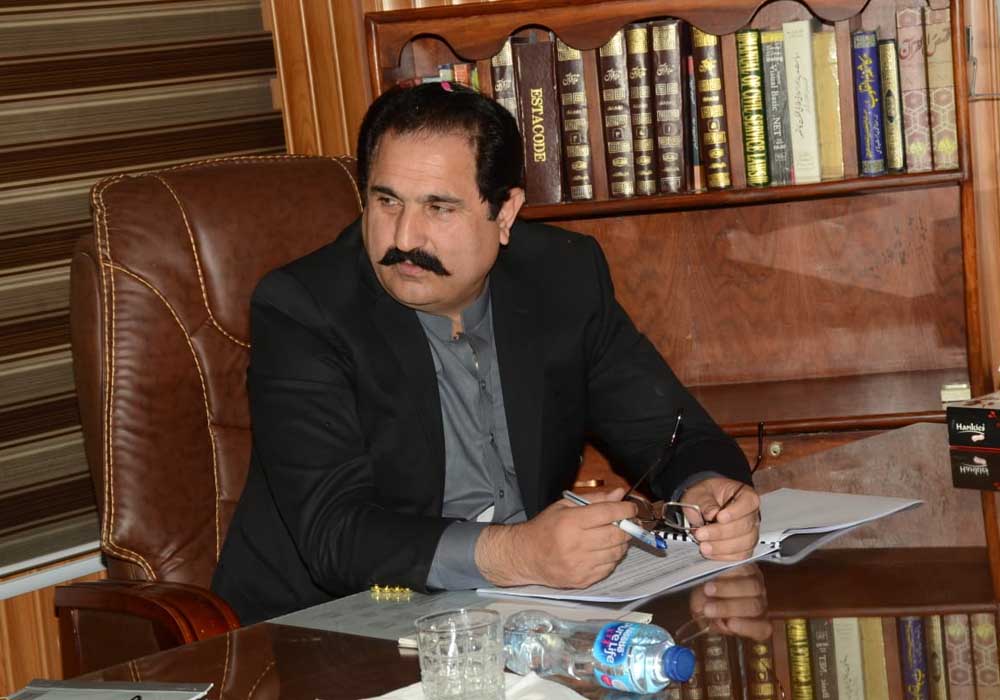 Federal Minister for Overseas Pakistanis and Human Resource Development Sajid Hussain Turi visited Pak-Afghan border in Kharlachi and Borki area of Kurram district on Sunday, where the border authorities briefed him on the border situation.

In a bilateral negotiation, the reopening of Pak-Afghan border was decided for trade and movement. Along with the federal minister, tribal elders, members of Anjuman Hussaini and Tehreek Hussaini, officials of district administration, officials of law enforcement agencies and border force were also present. On the border, Sajid Hussain Turi led a jirga between the tribal elders of both sides and agreed to resolve all disputes and differences through bilateral talks.

Before visiting the Pak-Afghan border, the minister held a jirga with the elders of Turi, Bangash and other tribes of Kurram, members of Anjuman Hussainiya and Tehreek Hussaini at the deputy commissioner’s office of Kurram district where all issues related to the recent clashes on the border were discussed in detail. Addressing the jirga, Turi said people on both sides of the border had suffered irreparable losses due to war and terrorism and now it is time for both sides to play their role in establishing peace and stability in both countries.

He appreciated the tireless efforts of the security forces, district administration, and the members of the bilateral jirga. Talking to the Afghan tribal elders, Turi said the tribes on both sides of the border were brothers and that the land disputes between the two should be resolved through a bilateral jirga to ensure peace and to strengthen the brotherly and friendly relations between the two neighbours. He said, “Earlier we had held jirgas and negotiations with the Afghan government on the land dispute, which needed to be taken forward.”

He urged the tribal elders of both sides to convene a jirga soon on the land disputes and ask him if any kind of help was needed in that regard. Tribal elders from both sides commended the visit of Federal Minister Sajid Hussain Turi to the Pak-Afghan border and appreciated his efforts for peace in the region. They said the reopening of border for both trade and movement created a wave of happiness among the people on both sides, which would strengthen the peace efforts.