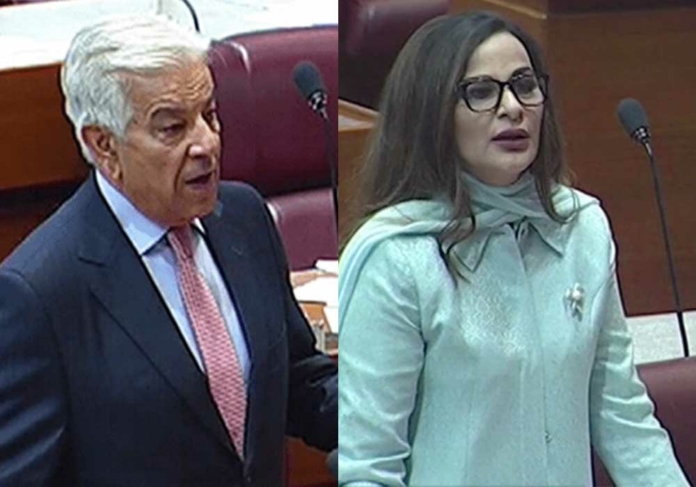 Federal Ministers Khawaja Asif and Sherry Rehman have proposed the formation of a Truth and Reconciliation Commission to resolve the difficulties of Balochistan.

The cabinet members’ remarks came after Balochistan National Party-Mengal’s (BNP-M) Akhtar Mengal brought up the subject of missing persons in the National Assembly on Thursday.

Defence Minister Khawaja Asif said that the issues of Balochistan must be resolved. Admitting that some of the sins and crimes have been committed by rulers, he said that mistakes were made by the elites.

Asif further said that politicians have been speaking on the issue only verbally for getting votes. Targeting Pakistan Tehreek-e-Insaf (PTI) Chairman Imran Khan, he said that there was a battle for power going on in the country.

He also said that the previous PTI government was ousted constitutionally and in a legal way. Urging that the power battle could be fought later, he further said that the person ousted from the government has been blackmailing the state.

Accepting the points raised by Akhtar Mengal about the situation in Balochistan as genuine, Khawaja Asif also said that there was need to heal wounds of people of Balochistan.

Minister for Climate Change Sherry Rehman said that the war of power was being fought in the name of religion.

Sherry Rehman also said that bitter truths about Balochistan’s issues should be heard. She said that Pakistan has wiped out al-Qaeda but TTP was taking over.

The climate change minister, while urging the courts to hear human rights cases, also said that Balochistan’s problems should be heard so that reconciliation could be started.

The proposal for Truth and Reconciliation Commission was also appreciated by Mohsin Dawar. He said that it was imperative to take Pakistan into the right direction.

Earlier, BNP-M leader Akhtar Mengal lamenting the situation of Balochistan said that the people of the province should not be pushed to the wall. He said that the people killed by counter terrorism department have been identified and all were picked up, while one of them wrote a poem for missing persons.