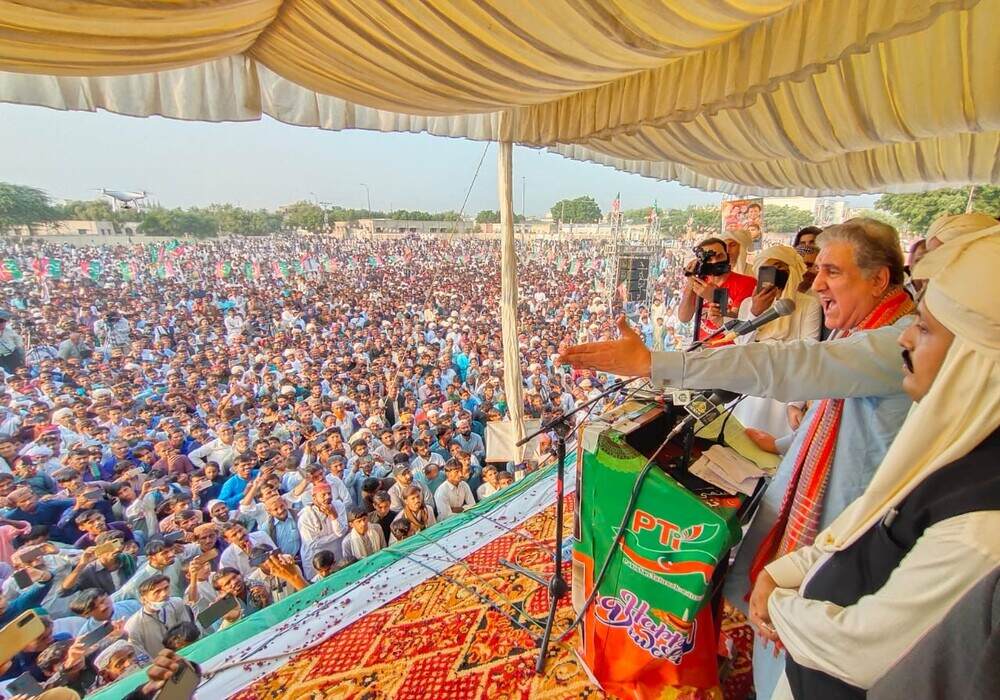 Foreign Minister Shah Mehmood Qureshi has said that the religious minorities in Pakistan enjoyed equal rights and fulfilled their religious obligations unlike in Indian states.

He said the government was striving to make Pakistan a safe and secure state for people from different faiths as was envisaged by Quaid-e-Azam Mohammad Ali Jinnah and other founding fathers. While addressing a public gathering on the eve of the Diwali festival in Mithi on Thursday, the foreign minister said that he had come to Mithi to take part in the celebration of Diwali festival and to congratulate people like Dr Arbab Ghulam Rahim, Advocate Lajpat Soorani and some others for their joining of PTI. While referring to subjugation of Kashmiris by India in the occupied Kashmir, Qureshi claimed that the Hindu community of Thar enjoyed equal rights and faced no discrimination in Pakistan.

“The religious minorities in Pakistan enjoy equal rights and fulfill their religious obligations unlike in Indian states where people from marginalized communities are facing the worst atrocities and barbarism,” he remarked while adding that it was a matter of pleasure for him to be with the people from different Hindu communities during their festival of lights.

He asserted that Prime Minister Imran Khan had all the courage and leadership qualities to look in the eyes of those who cast their evil eyes on Pakistan. He asked the Indian rulers to mend their ways and stop committing brutalities against Muslims and members of other communities living in India. Qureshi said that despite lagging far behind other regions of the country, the people of Thar had been living peacefully with great communal harmony. He warned no one would be allowed to harm this environment for petty interests or political mileage.

The PPP rulers in Sindh, he said, had unleashed a reign of terror on their political opponents both in Umerkot and Tharparkar districts, especially on the workers of PTI, for the past three years.

People of both the districts had been subjected to the worst political victimization during the by-polls when PTI decided to field its candidates to contest the elections in both districts, the foreign minister stated.

He deplored that the supporters and voters of PTI were harassed and implicated in false cases at the behest of PPP leaders. He warned the police officials to stop acting like the puppets of the rulers.

He alleged that some powerful people affiliated with the ruling party in Sindh had been left unbridled to commit atrocities on the common people, whose lands and properties they were occupying.