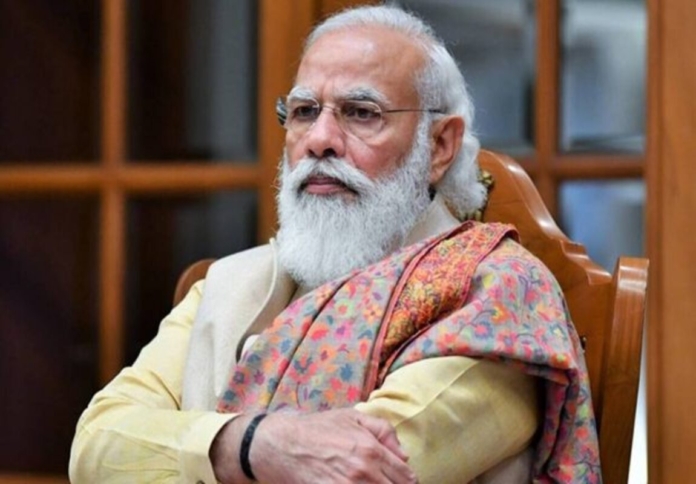 Rejecting the remarks of Indian PM Modi, Pakistan also stated that the false remarks had reflected how oblivious the Indian government had become to the ground realities in the Indian Illegally Occupied Jammu and Kashmir (IIOJK).

Narendra Modi had said during a rally in Gujarat that he had somehow resolved the issue of Kashmir.

According to Indian media, PM Modi while addressing the rally on Monday, said, “As I am following the footsteps of Sardar Vallabhbhai Patel (former Indian Congress leader), I have values of the land of Sardar and that was the reason I resolved the problem of Kashmir and paid true tributes to Sardar Patel.”

The Foreign Office of Pakistan, responding to Indian Prime Minister’s remarks, said that he was making delusional statements that he had resolved the dispute unilaterally. FO demanded that the Indian leadership must deliver on their commitments to the Kashmiris.

It has said that Jammu and Kashmir was an internationally recognized disputed area, the resolution of which was on United Nations’ agenda since 1948. The statement further said that despite UN resolution, India had been guilty of egregious human rights violations by employing more than 900,000 brutal occupation force illegally occupying the territory.

FO further stated that India must be held responsible for its nefarious scheme of altering IIOJK’s demography and brute repression of the people of Kashmir.

The Foreign Office reiterated that only by allowing the Kashmiris their right of self-determination through a democratically mandated plebiscite, the Jammu and Kashmir dispute could be resolved.