Moenjodaro crumbling due to heavy downpours

As per reports, several houses, alleyways, sewerage nullahs of the historic site have been severely damaged 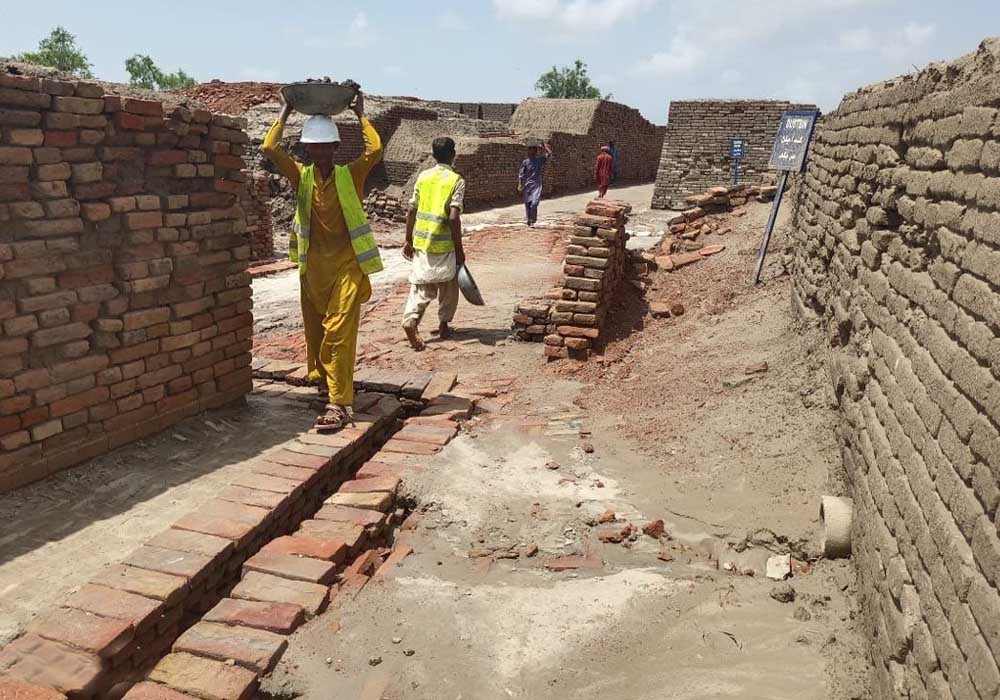 Deadly floods have wreaked havoc across Sindh, wrecking entire towns, and the archaeological ruins of Moenjodaro are no exception, where considerable damage has occurred.

People familiar with the situation on the site said that several houses, alleyways, and sewerage nullahs of the historic place have been severely damaged due to the floods.

The department of archaeology has called for urgent attention towards conservation and restoration work at Moenjodaro, fearing that the site might be removed from the world heritage list if such work was not carried out.

It was learnt that the curator of the site in his Aug 29 letter to the director of culture, antiquities and archaeology said “we have put in efforts to protect the site with our resources.”

The archaeology official had called for immediate contact with the irrigation and roads departments for the repair of the bund, breached canal dykes and removal of pipes. The curator has proposed sending experts (conservators and engineers) for an assessment of the damage caused to the site during the recent downpours. Presently, the archaeology officials posted at the site were busy repairing the damaged portions of the structures.

Major barrages on the Indus River have filled and are overflowing, leading to catastrophic flooding in the province. Several districts continue to be submerged in water even as rains have let up rehabilitation a distant dream.

“The year 2022 brought with it the harsh reality of climate change for Pakistan,” the chief of the National Disaster Management Authority (NDMA) Lieutenant-General Akhtar Nawaz has said.

The floods that have inundated a third of the country — affecting more than 33 million people — were preceded by four heatwaves and multiple raging forest fires, the NDMA chief said.

The death toll from rains and floods in the country has reached 1,290 since June 14, with 180 alone being killed in Sindh.

In response to the devastation at Moenjodaro, which is located on the right bank of the Indus River, Minister of Sindh for Education, Culture, Tourism, and Antiquities and Archives, Sardar Shah said that heavy rains have indeed caused damage to the historic site, but the government started the preservation works as soon as the rain stopped.

Shah said the preservation works are being done under the supervision of archaeological experts and in line with the standards of the United Nations Educational, Scientific and Cultural Organisation (UNESCO).

“The site has not been submerged and neither has it been destroyed. We will ensure that it is preserved at the earliest. This site is our asset,” he added.

Shah said the archaeological ruins of Moenjodaro had received record rainfalls of 779.5mm, which continued from Aug 16 to 26. It resulted in considerable damage to the site and partial falling of several walls, including the protection wall of the stupa dome. He said that he was informed of the damages caused by the officials posted at the historical site by his department.