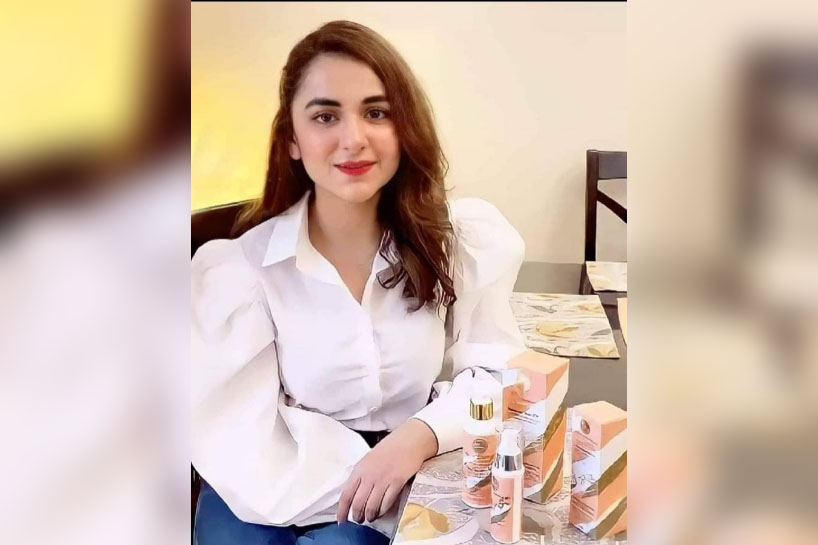 Hair Energy by Ayesha Sohaib has been making rounds on social media for all the right reasons. Presenting haircare products made out of multiple organic nutrients, this brand is now known for not only bringing hairfall to a halt, but for also helping hair grow on patches of skin that have grown bald over time.

A few months back, popular model and actress Yashma Gill was found praising Hair Energy by Ayesha Sohaib in Nida Yasir’s morning show, relating how a wig applied for a drama shoot had badly damaged her hair, leaving countless bald spots on her head. Gill, however, managed to recover the lost hair by using the brand’s complete package which provides bottles of oil, shampoo and serum for a wholesome treatment. 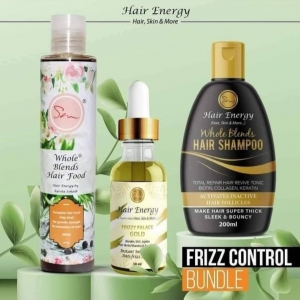 Following that, many other famous performers such as Alizey Shah and Yumna Zaidi also took to social media to share their wonderful experience of using products by Hair Energy and finding them worth it.

Currently, actresses who have recently gotten married have also started recommending the usage of Ayesha Sohaib’s haircare oils and shampoos. One of them is Aiman Khan, who says that she lost a lot of hair after giving birth to her daughter. The hair that remained got badly damaged, but her treatment from Ayesha Sohaib’s brand spanning over two months not only helped the actress grow her hair back, but also made them strong, shiny and presentable.

The recent recommendation comes from the mother-to-be actress, Sarah Khan, who shared a cute video of her husband, Falak Shabbir, giving his wife a hair oil massage using the same product. Sarah Khan too, shared an experience somewhat similar to that of Aiman Khan; of losing hair during pregnancy. It was in the middle of her pregnancy that Khan contacted the team and ordered their Hair Growth Bundle. On the brand’s Instagram page, it was also stated that Sarah Khan not only went for haircare products but also Hair Energy’s foot-candy, which helped her get back the beauty of her feet which had started to grow black spots during her pregnancy. 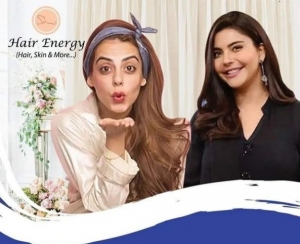 With more and more lovable celebrities using and recommending Hair Energy by Ayesha Sohaib, the brand has attained quite a lot of popularity, and will continue to do so not only because it is being recommended by popular artists, but also because of its inclusion of only organic products which promise healthy hair and skin.