More than 43,000 security personnel deployed in Karachi ahead of LG polls 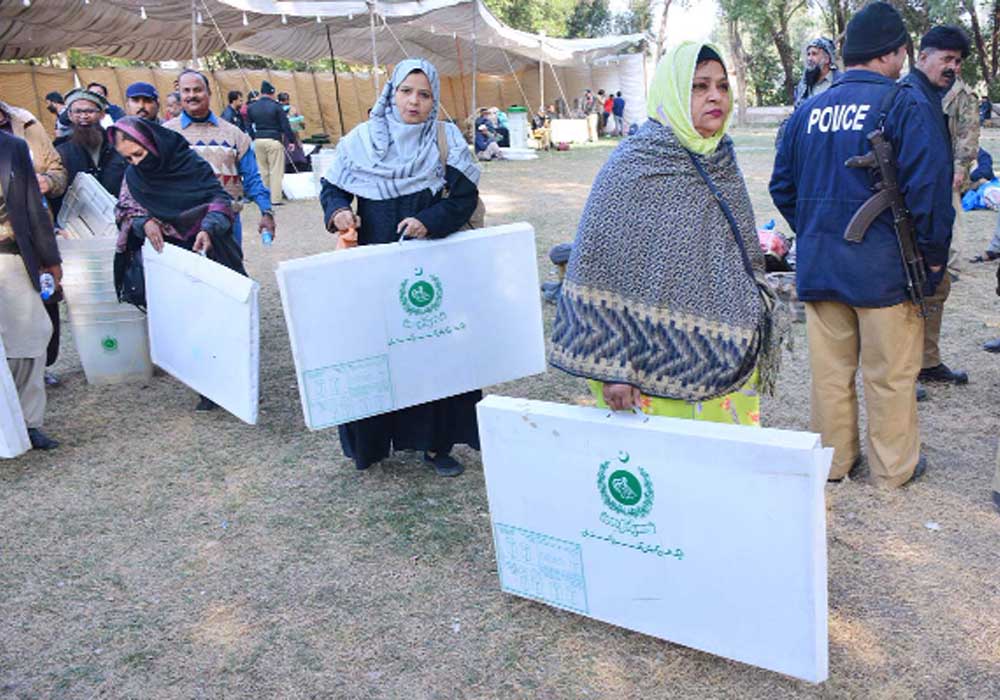 In the run-up to the second phase of local government elections in Karachi, more than 43,605 law enforcement officials and personnel will perform their duties under the security plan devised by the Sindh government.

According to the spokesperson of the province’s police, 26,050 officers and personnel will be deployed on election duty at 4,997 polling stations in the city.

Across the 1,048 polling stations of District South, 5,844 officials, personnel and polling staff will be stationed, the spokesperson said.

A Sindh Police spokesperson also informed about the deployment of 200 Frontier Corp and 500 Rangers personnel for election duty during Sunday’s local body polls in the metropolitan.

All possible measures are being taken to protect the life and property of citizens, the spokesperson stated.

More than 43,605 Karachi police personnel will perform security duty on the day of polling of which 17,588 will be posted in the East zone. Meanwhile, 6,533, 4,837, and 6,218 comprising officers, personnel and staff will be deployed in the District East, Malir, and Korangi, respectively.

The spokesperson added that 11,627, 2,155, 4558 and 4914 personnel have been stationed in the South Zone, District South, District Central, and Keamari, respectively.

Deployment of officers, personnel and staffers in the West Zone, District Central, and District West totalled 14,390, 9,672, and 4,718, respectively.

During the local government polls, 3,800 traffic police personnel will also perform their duties. They will be deployed to assist the administration at the polling stations.

According to details shared by the Election Commission of Pakistan (ECP) on January 9, as many as 6,774 candidates were contesting for 1,675 seats of chairman/vice chairman of Union Councils and Union Committees and Members of Wards.

Among them, 167 belong to Hyderabad, 67 each to Dadu and Tando Muhammad Khan, 38 each to Matiari and Jamshoro and 35 to Tando Allahyar.

The ECP received 11,226 nomination papers last year but around 60 percent of the applicants, 6774, are contesting.

The process of dispatching the polling material started early on Saturday. The Hyderabad police also carried out a flag march in the city to demonstrate their preparedness.