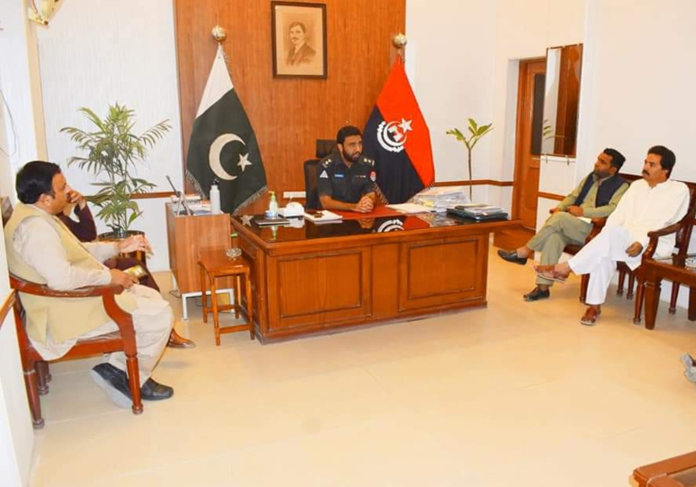 District Police Officer (DPO) Dera Ismail Khan Najam-ul-Husain Liaqat stated that 55 terrorists have been arrested out of a total of 120 wanted while speaking with a delegation of journalists.

DPO revealed that out of 120 terrorists, 65 are from Kulachi, 25 belong to Kuz Parwa whereas, the rest are from different areas of Pakistan.

He went on to disclose that almost 15 police constables have embraced martyrdom during these operations.

He further said that the number of terrorists coming from Afghanistan is constantly increasing, and it is the most critical challenge we are facing.

Liaqat went on to say that four major terrorist groups are controlled from Afghanistan.

While talking about the increasing cases of terrorism he said that the numbers of militant facilitators have increased in Pakistan and their slipping sales are also active. Moreover, the terrorist division into groups is making it more difficult to negotiate with all four at the same time, resulting in more terrorist attacks.

He also revealed that some Kulachi-based terrorists are also involved in extortion. In response to a question about the rising number of child abductions, the DPO stated that there aren’t many reports on the subject, emphasizing that social media is full of fake news and that action must be taken about it.

While talking about narcotics Liaquat stated that 700 kilograms of hashish, 18 kilograms of crystal meth, and numerous other narcotic items have been seized whereas more anti-narcotics operations are planned.

In answer to a question about street crime, the DPO stated that due to the flood, the police force’s entire focus was on relief activities in flood-affected areas, which increased street crime.

He also added that after police operations against street crimes, a decrease has been noted.

In response to a question regarding the appointment of police officers, he stated that as a police force commander, it is my duty to appoint the right man at the right place for the right job.

He also urged media houses to not spread false news as it is their responsibility as well to help maintain peace in the state.