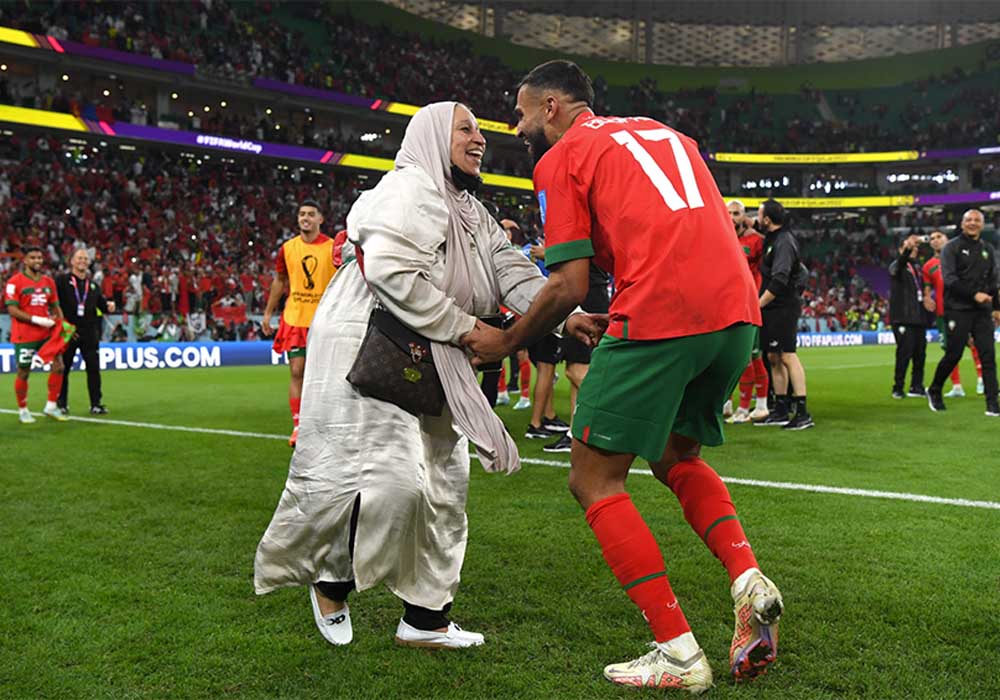 Morocco became the first African nation to reach a World Cup semi-final and ended the hopes of Cristiano Ronaldo’s Portugal.

Striker Youssef En-Nesyri scored the winning goal in the first half, leaping highest to beat goalkeeper Diogo Costa to the ball and heading in to spark pandemonium at Al Thumama Stadium.

The north African side’s supporters populated most of the venue and joyously celebrated their breakthrough moment for their continent on the global stage.

Ronaldo came off the bench in the 50th minute to equal the men’s all-time appearance record of 196 in international matches, but he could not drag his side back into the contest.

Morocco, who will play England or France in the last four, were happy to play on the counter and grabbed the opener just before the break when En-Nesyri headed in from Yahya Attiyat-Allah’s cross.

Decimated by injuries, Morocco sat back for the majority of the second half and Yassine Bounou brilliantly tipped over Joao Felix’s drive – the closest they came to an equaliser. Morocco striker Walid Cheddira was sent off for a second yellow card in eight minutes of additional time but Portugal could not find the equaliser as their last-four hopes were dashed.

Three African sides had previously reached this stage of the World Cup but none had progressed any further. Until now.

But they defended resolutely and frustrated Portugal to keep their seventh clean sheet in eight games under their boss and have conceded just once in this tournament.