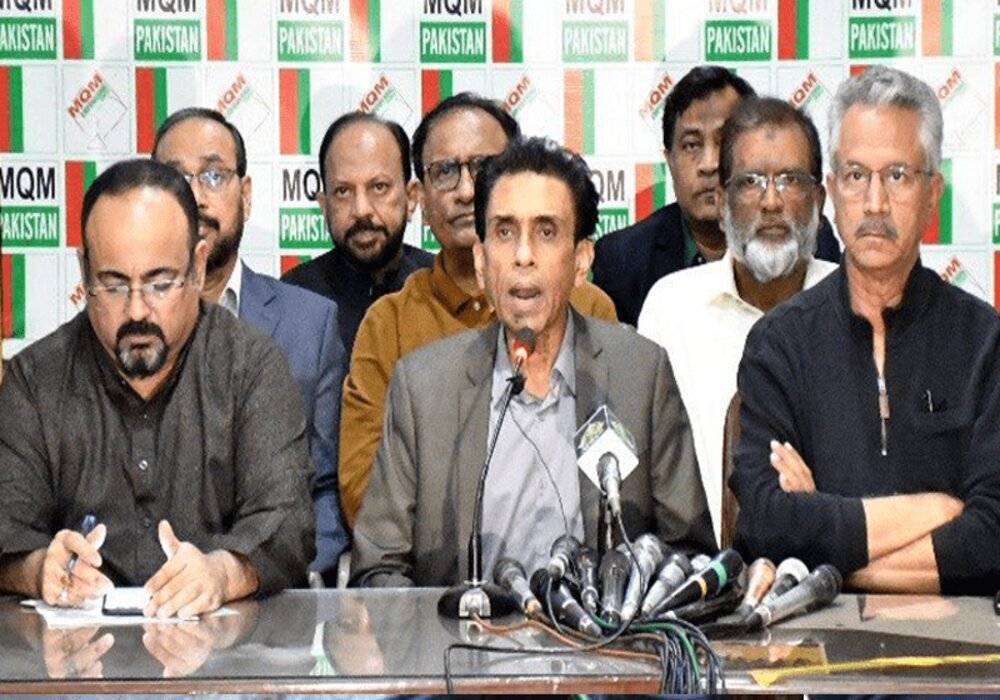 Muttahida Qaumi Movement (MQM) has announced a protest on January 9 against the issue of delimitation and local body elections in urban areas of Sindh.

MQM-P’s Convener Khalid Maqbool Siddiqui has invited various political parties saying that the movement was crucial for them announcing to leave their homes to protest on January 9.

Addressing the general workers’ meeting Khalid Maqbool Siddiqui said that they will invite everyone to this protest. He said that he will also tell the Pakistan Peoples Party (PPP) that if they wanted a government in Sindh then they should have supported MQM.

Khalid Maqbool Siddiqui said that they were ready for the elections. He also said that pre-poll rigging had been done and that they did not want fake census and bogus voter lists.

On the other hand, MQM leader Waseem Akhtar contacted Jamaat-e-Islami Karachi Ameer Hafiz Naeem-ur-Rehman by telephone. The MQM delegation will visit Noor-ul-Haq institute at 1 pm tomorrow, according to reports.

MQM Convener Khalid Maqbool Siddiqui in a press conference on Sunday had announced to think about participating in elections by staying in the government or by quitting the coalition.

He had asked PM Shehbaz and PPP co-chairman Asif Ali Zardari to look into their demands.

later a meeting of MQM, PPP and PML-N delegations was held in Bilawal House Karachi yesterday.