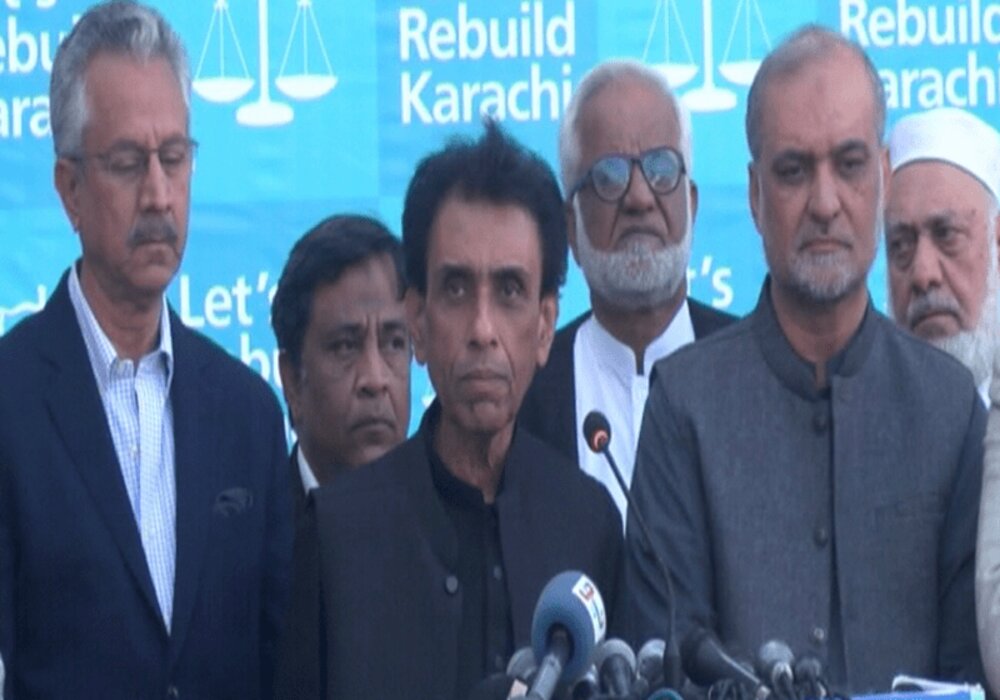 A delegation of Muttahida Qaumi Movement-Pakistan (MQM-P) has met Jamaat-e-Islami leaders in Karachi regarding the delimitation of constituencies in the local body elections but they could not convince Hafiz Naeem-ur-Rehman who said that they had reservations about delimitation but elections should be held on time.

Addressing a joint press conference with Jamaat-e-Islami Karachi Ameer Hafiz Naeem-ur-Rehman at Noor-e-Haq, MQM-P Convener Khalid Maqbool Siddiqui said that Jamaat-e-Islami and MQM believed that the existence of a democracy was incomplete without basic democracy.

Khalid Maqbool Siddiqui said that the local body elections which are going to be held in Karachi and Hyderabad have already been rigged before the elections.

Hafiz Naeem-ur-Rehman said they also smelled of such conspiracy from some things but they will try to move forward. He said that they will meet the Chief Minister tomorrow and stage a sit-in at CM House to put pressure on the PPP to clarify its position and hold elections.

He said that on January 8 a large public meeting will be held in the name of ‘Announcement Karachi’.