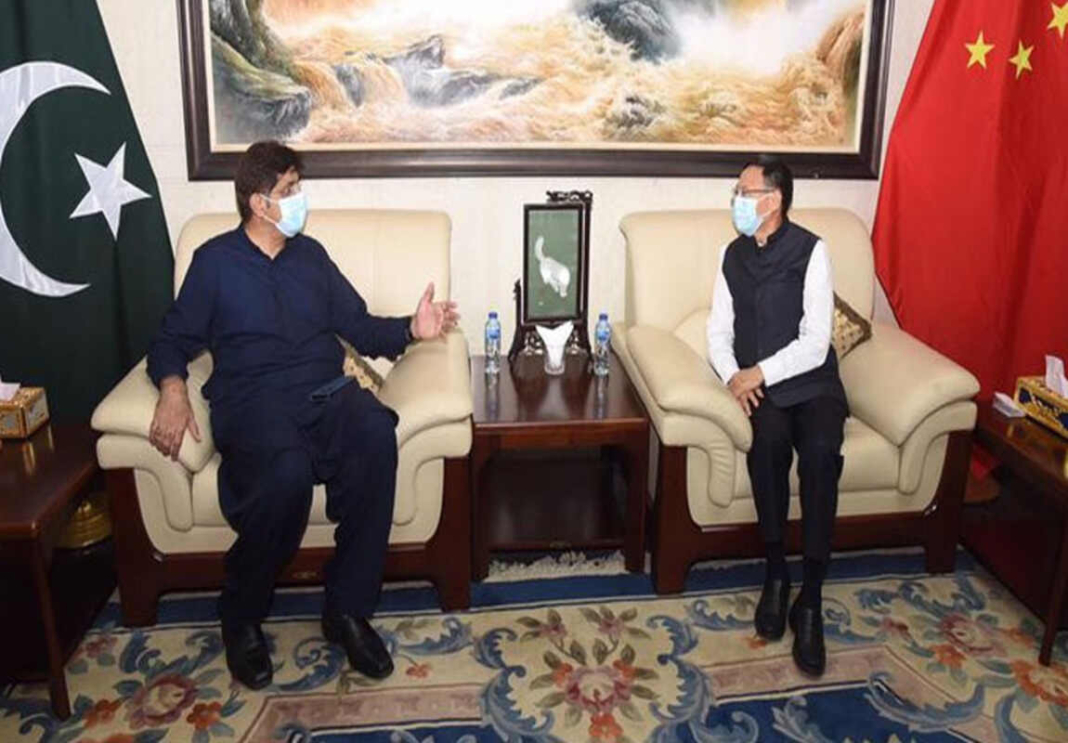 Sindh Chief Minister Syed Murad Ali Shah on Tuesday visited the Chinese Consulate to express sorrow and grief with Consul General Li Bijian over the loss of Chinese faculty members in the suicide attack at a van in Karachi University (KU).

The chief minister shared the details of the incident with the Consul General and assured him that the incident would be investigated properly and the culprits would be brought to justice. Murad said the partnership of China in the overall development of Pakistan, particularly of Sindh, was important and such incidents could not affect the strong relationship between the two nations. He expressed his condolences with the families of the Chinese nationals who lost their lives in the suicide blast.

Murad said his government would make arrangements to send the bodies of the deceased to China for which he needed the consulate’s guidance. He also conveyed the condolence messages of Pakistan People’s Party President Asif Ali Zardari and Chairman Bilawal Zardari to the Chinese Consul General. He said they had condemned the incident in strong words.

The chief minister told Consul General Li Bijian that Prime Minister Shehbaz Sharif had talked to him on telephone and got details of the incident. He had also condemned the incident and expressed his solidarity with the aggrieved families of the Chinese nationals who were killed in the incident. Bijian thanked the chief minister for his visit and said he was in contact with the families of the three Chinese nationals killed in the blast.

“Whatever decision is taken in respect of shifting the dead bodies back to China will be informed to the Sindh government,” he added. Earlier, Inspector General of Sindh Police Mushtaq Maher told the chief minister that at about 14:30hrs a blast took place next to a van in Karachi University. “Initial reports indicate four casualties, which included Chinese nationals,” the chief minister was told. The chief minister directed the IGP to conduct a security audit of the Chinese nationals living in Sindh under CPEC and non-CPEC related projects and report to him.