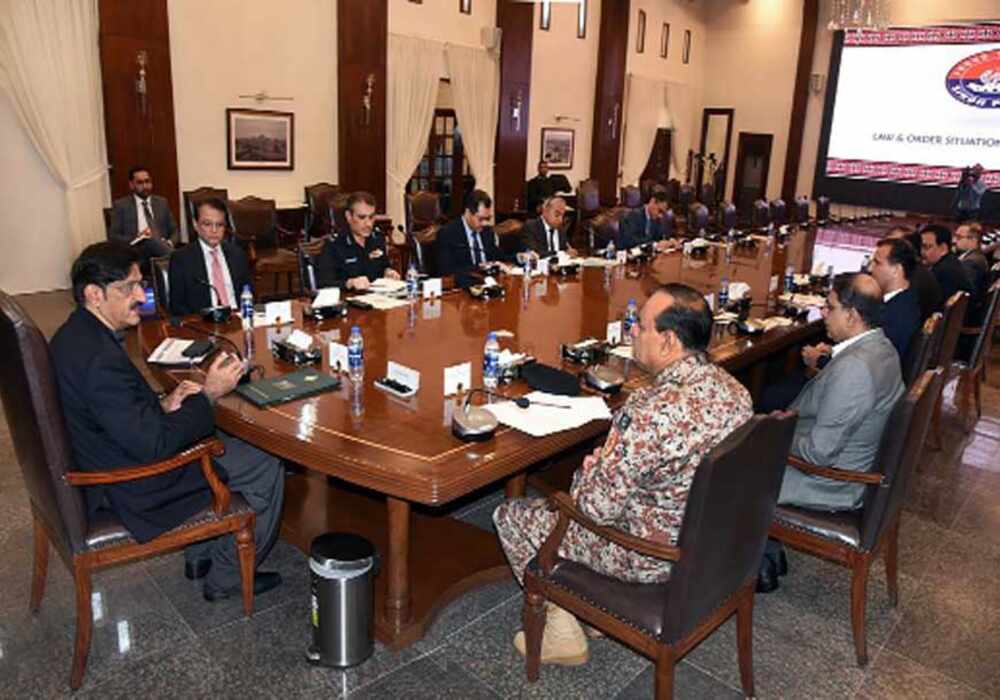 Presiding over a meeting on law and order on Thursday, Sindh Chief Minister Syed Murad Ali Shah directed the law enforcement agencies (LEAs) to speed up targeted operations against the terrorists, and comb out street criminals from the city through their coordinated efforts.

Mr. Shah said that the street criminals had created unrest among the citizens of Karachi, and their number was not so high that they could not be crushed. “I want the police and Rangers to work out a plan to launch an operation against them [street criminals] and ensure deployment of their forces at the hotspots which are very much identified,” he said.

The chief minister was told that the banned outfits were not strong enough in the province; however, strict vigilance on their movement would further be intensified.

The CM in consultation with the participants of the meeting developed close coordination among all the intelligence agencies, including the police so that timely `sensitive information’ could be started for prompt action. Street Criminals: The chief minister said that street criminals killed seven people in the month of December alone. “This is unacceptable and a challenge to the government, therefore I want the police and Ranger to work together to eliminate the menace,” he said.

The meeting decided that the hotspots where street criminals were more active would be secured through the deployment of the police. The gangs operating in the city would be busted through a joint operation by the police and the Rangers. The meeting was told that during 2022 2258 encounters were made with terrorist and street criminals, as a result, 1259 gangs were busted, 16612 criminals arrested and 204 were killed.

The chief minister decided to keep vigilance at the exit and entry points of the city and the province so that criminals’ movement could be checked. The chief minister gave 15 days to the city police to launch aggressive operations against the street criminals and then a review meeting would be held to assess the results. Illegal Immigrants: It was pointed out that various illegal immigrants were coming to Karachi, but they were being returned on a regular basis. The chief minister said that he would take up the issues of illegal immigrants’ arrival in the city with the federal government so that they could be stopped at the borders.