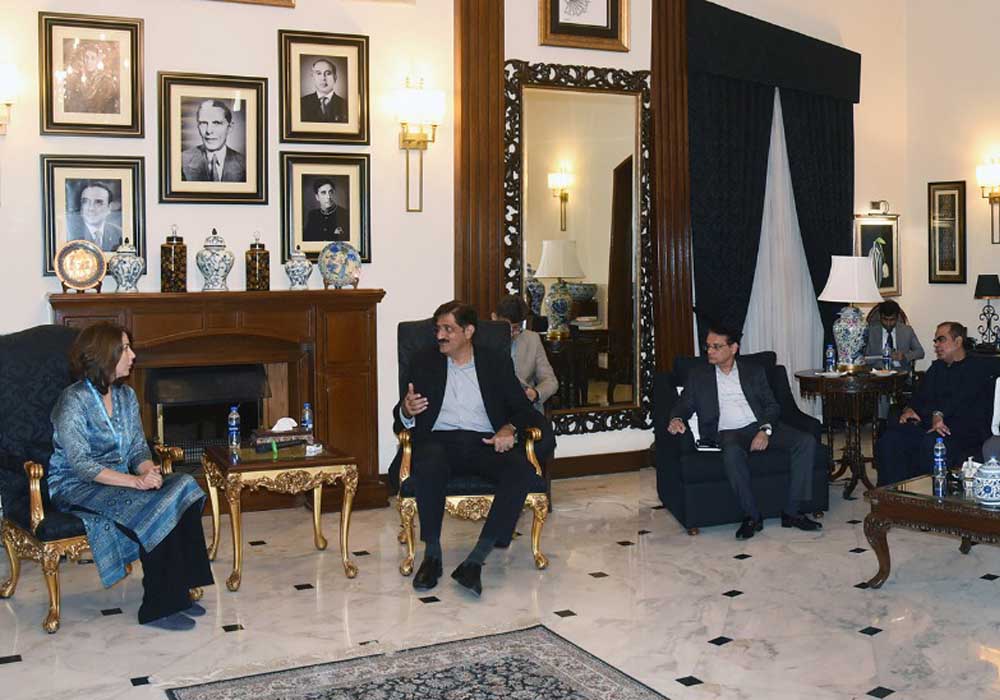 Sindh Chief Minister Syed Murad Ali Shah on Tuesday said that along with the rehabilitation of flood-affected people, he had to dewater agricultural lands so that wheat crop could be sown to avoid a famine-like situation in the province.

He was talking to a high-level delegation of the UAE led by Hamoud Abdulla Aljeibi, DG Secretary, UAE Red Crescent, regarding relief and rehabilitation work in Sindh.

“We have to rehabilitate over 1.5 million people and restore 3,172,726 acres of land for Rabi crops, particularly wheat; otherwise food shortage would emerge,” he said, and added that this was a gigantic task for which the international community would have to support the provincial government.

Murad said that agricultural machinery, fertiliser, seed, and technology would be arranged for growers to start sowing wheat. “Our wheat is the most important Rabi crop, and it was badly needed to meet the wheat requirement of the province,” he said.

The delegates told the chief minister that their government was ready to support the people of Pakistan, particularly Sindh, who had suffered a lot.

They said that on September 10, a programme was being organised in Dubai to raise funds for the flood-affected people of Sindh.

They said the UAE was arranging more tents, mosquito nets, medicines, and other required material so that the original need could be met.

The chief minister said that the water coming down the hills of Balochistan was still wreaking havoc in various districts of the province, particularly Shahdadkot, Dadu, and Jamshoro. He added that due to breaches in Manchar Lake and other drains, the number of people being rendered homeless was increasing day by day.

The CM said that the drains like LBOD, RBOD, and various embankments had to be reconstructed once the catastrophe was over. “We are still working on rescue and then would start rehabilitation in which the international community would have to come over,” he said.

UNHCR Representative and Director General of PDMA Syed Salman Shah signed a memorandum to hand over relief items for immediate distribution to people affected by the floods.

The Sindh chief minister welcomed UNHCR’s contribution, terming it timely and important as “needs are massive”. “The world is yet to understand the scale of this disaster and devastation by floods.”

It may be mentioned here that the UNHCR handed over thousands of tents and other emergency relief items to the Sindh government, which would benefit hundreds of thousands of flood-affected people in the province.

The first three of nine scheduled flights arrived on Monday in Pakistan – with the other six scheduled this week. The UNHCR trucks carrying relief items were also on the road from Uzbekistan, with more convoys scheduled, according to a press release issued by the UN refugee agency. “Emergency relief items are being transported from Peshawar which has already reached Sukkur Humanitarian Response Facilities.”