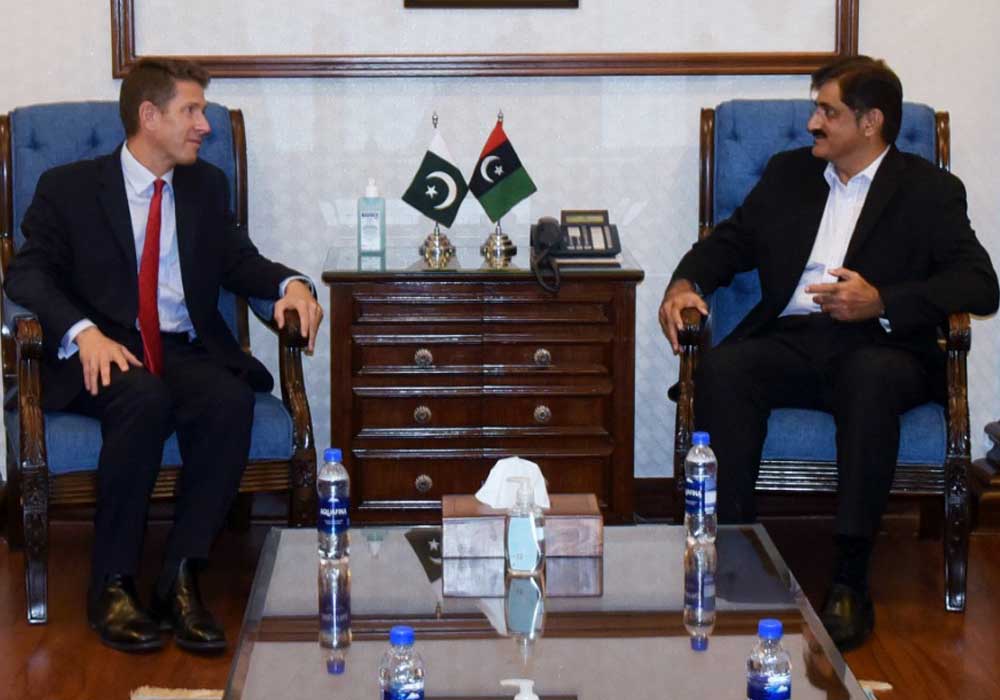 He made these remarks during a meeting with British High Commissioner Dr Christian Turner at his office.

“Vast swathes of agricultural land are still underwater in the province. “I want experts from the UK and the Netherlands to visit the area and conduct a study to guide us technically,” he said.

The high commissioner assured the chief minister that his government would support Sindh in testing time. He added that he along with the chief secretary would work out an action plan in this regard.

Shah furthered that a plan is needed to construct a proper drainage system in the wake of heavy rains and deluges. “We are planning to restore original and natural waterways,” he said, adding his government would also need expert and technical support from the British government and donor agencies.

At the outset of the meeting, the high commissioner offered his condolences over the loss of lives due to cataclysmic floods. He said that the British government would support the Sindh government to rehabilitate the affected people.

Briefing the diplomat on the devastation caused by floods, Shah said that hill torrents of the Khirthar Range have no escape other than ending at Manchar Lake.  “The six-foot-high protective bund failed to contain hill torrents and they caused multiple breaches into it. Resultantly, various cities and towns were inundated.  Similarly, the LBOD and the spinal drains could not carry the quantum of rainfall smoothly into Shakoor Lake or the sea. “We will have to restore old water escapes on the left bank also,” the CM said.

The CM told the British envoy that more than 1.5 million people had been displaced and there was a dire need to relocate them. At this, the British high commissioner said that the UK government would send 50 containers loaded with non-food items such as tents, plastic sheets and other material.  The CM thanked the British government for its support. The meeting concluded on the note that they would again review the demand and supply of relief goods.