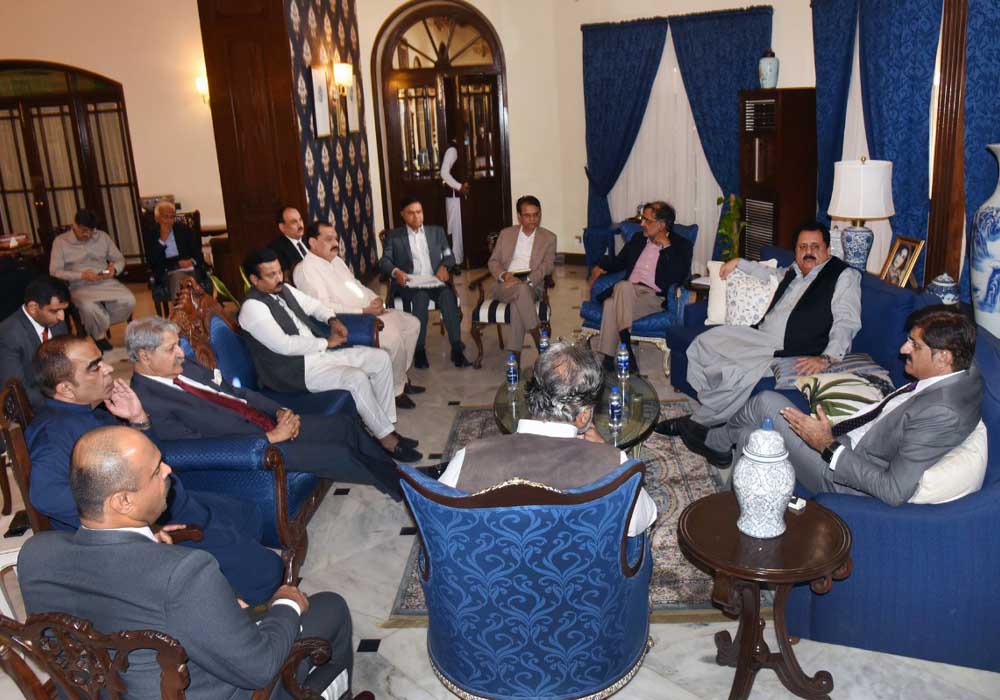 Sindh Chief Minister Syed Murad Ali Shah, in his meeting with Chairman NADRA Tariq Malik, urged him to develop a database and system for his government so that the distribution of relief goods and transfer of cash to the affected people could be made transparent.

“We want distribution of relief goods in such a smooth and transparent way so that each and every affected family can benefit.” The meeting held at CM House was attended by Chief Secretary Sohail Rajput, Secretary to CM Rahim Shaikh, and Col Anees of NADRA. The chief minister said that the heavy rains/floods have displaced around 1.5 million people and collapsed three million houses. “Presently over 600,000 people are living in camps and a similar number have temporarily settled along the main roads and highways,” he said.

Shah said that the provincial and federal governments, friendly countries, and donor agencies were supporting us to provide relief goods to the affected people. “I want you (NADRA) to develop a database of the affected people on a union council basis with the provision of making entry of providing relief goods being provided to them so that it can be verified,” he said and added there must be digital details of the recipient and donor/administration giving them goods.

Chairman NADRA Tariq Malik told the chief minister that his organization would develop the best database so that donations could reach deserving people, and it could be checked. The chairman NADRA told the chief minister that they have started stationing their mobile units in the areas where their [NADRA] offices have collapsed and stopped functioning. At this, the CM urged him to give priority to the people whose CNICs have expired.

The chief minister was told that all the expired CNICs have been validated up to December 31, 2022. “It means all the expired CNICs are valid till the end of December 2022,” he said. The matter of cash transfer to the flood-affected people also came under discussion and NADRA chief suggested that the affected people would be given a facility to open their bank accounts only on their CNIC. “These accounts can be open in mobile bank units to be stationed at relief camps/affected villages by partner banks,” he suggested. The chief minister directed Chief Secretary Sohail Rajput to further discuss with Chairman NADRA and get a system/database evolved so that distribution of relief goods could be made properly.

Also, Chief Minister Murad said Pakistan, particularly Sindh had paid for climate change caused by the developed countries, and the latter would have to take necessary measures for mitigating its impacts. The collapse of three million houses and displacement of 1.5 million people had created a humanitarian crisis in the province as various villages, towns, and portions of highways and railways tracks were still underwater, he said while talking to US Deputy Chief of Mission Andrew Schofer, who called on him here.

Schofer expressed sorrow and deep grief over the loss of about 600 lives due to heavy rains and floods. He assured the chief minister that the American government would support the provincial government to rehabilitate the affected people. He also said that the American government would also help in the construction of collapsed houses. The chief minister pointed out that his government was facing a serious shortage of tents and mosquito nets. “We have distributed around 270,000 tents against a demand of 1.5 million tents,” he said and added the tents were required even if the people were shifted to their homes because construction of their houses would take time. Schofer assured the chief minister that the U.S. would continue to provide support in every possible way.