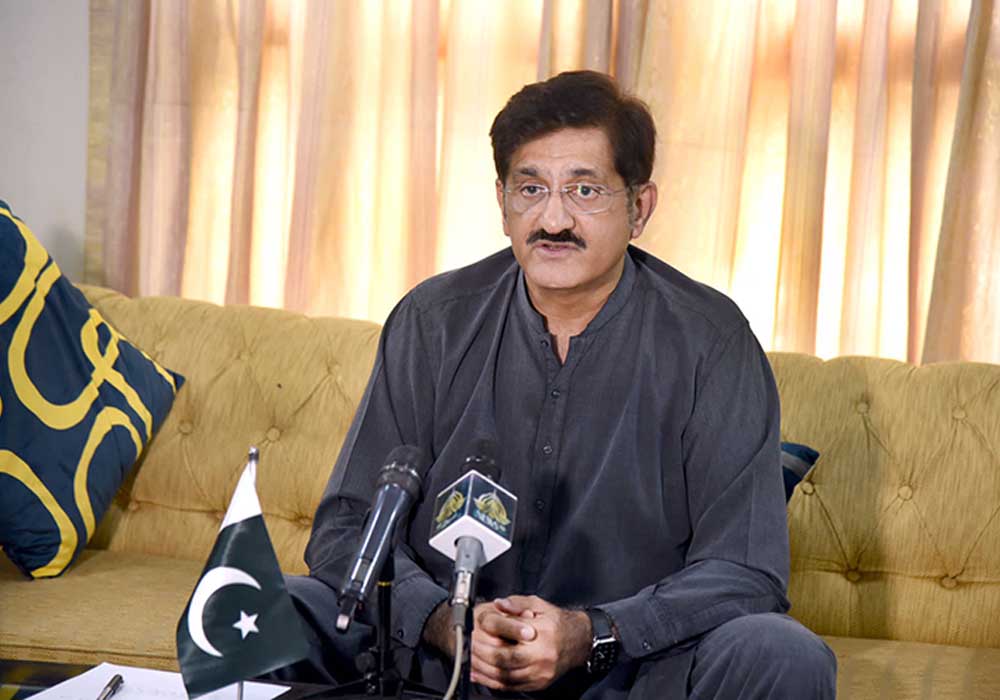 Sindh Chief Minister Syed Murad Ali Shah in his emergent televised message aired live by all the news channels urged philanthropists, and national and international agencies to come forward and help rain-affected people of the province that has been enduring a catastrophe like never before.

“I have visited almost all the districts of the province and found it every nook and corner is inundated… looking like a river,” he said and added that the people who had been temporarily settled at relief camps were in a state of shock and distress after losing their near and dear ones, cattle and other belongings.

The CM said that he along with Pakistan People’s Party (PPP) Chairman Bilawal Bhutto Zardari had also visited relief camps where women and children were living with tear in their eyes. He said PPP Co-chairman Asif Ali Zardari was also in touch with them to take note of the situation.

He said Prime Minister Shehbaz Sharif was keen to visit flood-affected people but the weather condition was an obstacle to his arrival. “We all are trying to arrange tents, mosquito nets, beds, edible items, medicines and other things for the affected people,” he said and hoped that everything would be made available within a few days.

Murad said that the riverine floods of 2010 had submerged all the cities, towns and villages on the right bank of the Indus River, while the flash flood of 2011 had flooded the entire left bank. “In those days our road network was not so good, and despite that philanthropists had helped the homeless and displaced people.”

He said that compared to 2010 and 2011, the road network, including link roads and farm-to-market roads, provides easy access; therefore, philanthropists, welfare organisations and donor agencies should visit the areas to take stock of the situation and help and support the distressed people accordingly.

Murad told the people living in camps, along the main roads and on the riverine belt that they were not alone. “Your government is reaching out to each and every one of you,” he said.

The CM urged the people of the province to look after the poor, rain-affected and helpless people living around them until the government reached out to them. “You have to bridge the gap between them and the government,” he said, and remarked that everyone was living for themselves and their family, but now they had to live for those who were in dire need.

He said that this year the province had received around 600 per cent more rainfall than the usual rains. “These rains have not only flooded the residential areas but also caused a high flood in the Indus River,” he said.

Murad urged people to support each other in these testing times. “You have to face the situation with patience, courage and empathy,” he said and warned the hoarders against hoarding, profiteering and artificial price hike.

Talking to the media and flood-affected people in Sehwan Sharif, Jhangara, Bhan Saeedabad and other areas, he said that Sindh had been facing such a devastating situation for the first time in recent history, as according to him both banks of the Indus River were badly affected and over 10 million people had so far been displaced after their houses collapsed or came under floodwaters. He said that they were trying their level best to provide rescue and relief services to all affected people of Sindh.

The CM said that the rehabilitation process would be initiated once rainwater was drained out from submerged areas of all 23 districts which had already been declared calamity-hit by the Sindh government after massive devastation. He confirmed that more than 300 people had died in rain-related incidents this past week.