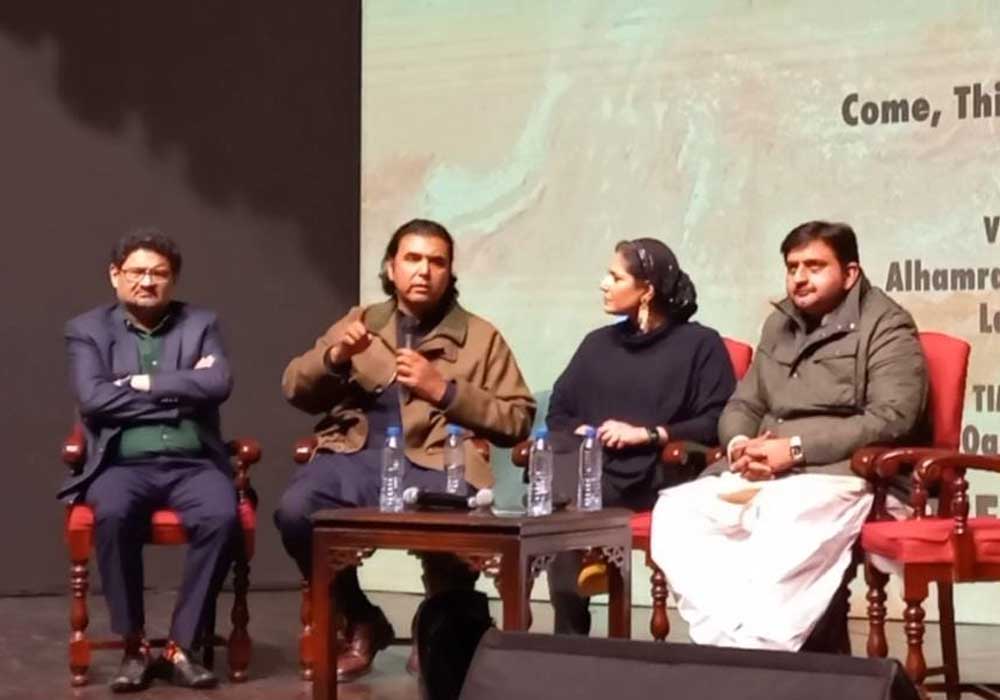 Former Pakistan People’s Party Senator Mustafa Nawaz Khokhar has said that the establishment of Pakistan should let the people decide who would lead the country and that every other political party should respect the vote of the people, regardless of how much we disagree with that party.

Mustafa Nawaz Khokhar while speaking at Think Fest 2023 along with the former MPA Malik Ahmad Khan, and former finance minister Miftah Ismail said that first, we need to decide who will actually run this country.

“I’ve been to several meetings where I used to get briefed about the choice that has already been made, but we still can’t figure out who has the power in Pakistan and who will make decisions for the country.”

He claimed that until this discussion is over, only then could we determine who is to blame for Pakistan’s dire circumstances.

Pakistani citizens were granted the right to vote for the first time in 1970, by which time India had already served three democratic terms and was on the verge of its fourth.

Khokhar while answering on ‘truth and reconciliation’ as the way forward for Pakistan said, “If we want to recognize our mistakes then we need to understand what has happened in Balochistan and KP over the years, how journalists were attacked, how voices were silenced.”

He charged that politicians had consistently fallen short of expectations and failed to deliver for the people.

Malik Ahmad Khan acknowledged that politicians have failed and added, “We also confront failure every time because at the end of the day, we are the ones who will go into the people and beg for votes.”

“If we fail to deliver, it will be our fault, but Pakistan’s civil leadership is also not as powerful as it ought to be.”

He blasted judges for making incorrect judgements over the years, which he claimed had a greater negative impact on democracy.

“Judicial rulings have completely destroyed the function of parliament, but did politicians have the authority to regulate this? Yes, we did, and we are accountable for it because we failed to fix it.”

According to Malik, if we desire “truth and reconciliation,” we must be sincere and acknowledge that everyone made mistakes.

“What happened to PML-N after 2016 should be explained. We went through legal proceedings and spent time in jail when we did not deserve it.

Miftah Ismail said that politicians could be held responsible for poor performance for about half of the time since Pakistan’s creation, but martial law was in place for the other half.

He said that if we had a musical chair system for prime ministers, “No elected administration could have delivered.”

He claimed that politicians had not performed up to par, but it should be noted that the amount of space given to them was also very limited.

Miftah criticized the judiciary for failing to uphold common people’s rights in challenging situations. “After deciding that elected members could only cast their votes in accordance with the preferences of the party chairman, you have ended parliament and legislatures.”