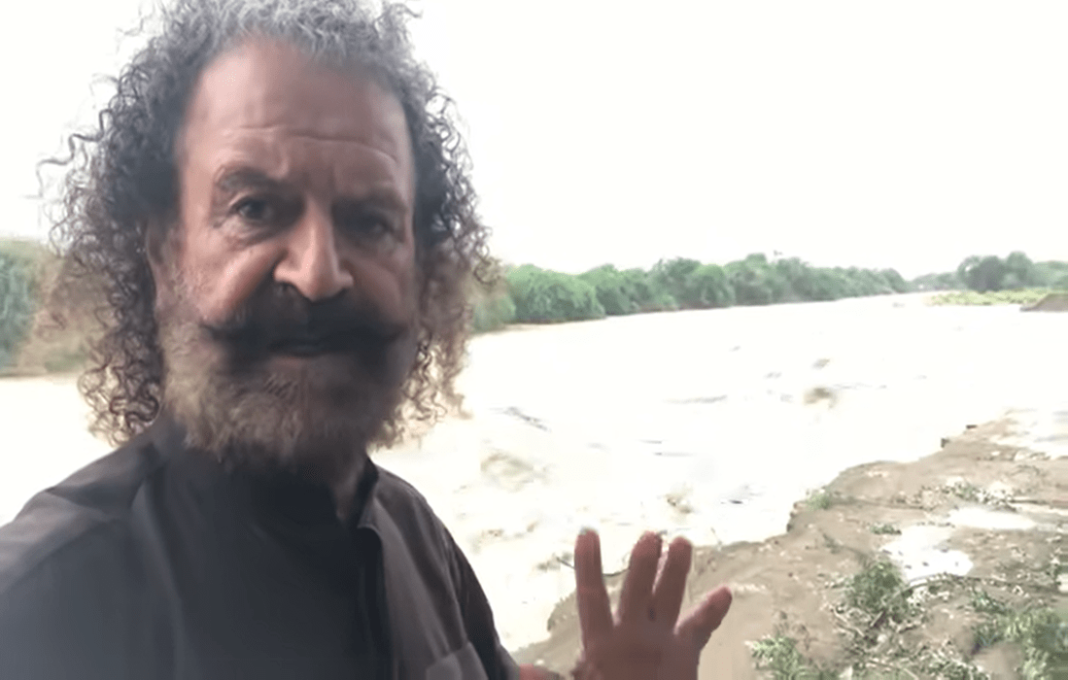 Pakistani film and TV actor Ayub Khosa has requested everyone to come forward in aid of Balochistan.

On Wednesday, in a video message he wrote on social media, “My Balochistan is drowning, I request everyone to come forward and help.”

Khosa wrote that 21 dams were broken in Balochistan due to recent flooding. “Think of the rainwater entering your house and you don’t have a place to sleep and cook food and you have to take shelter in tents, how will you manage?” he asked.

He further said that if you are safe from the flood, thank Allah and help the flood victims

Due to the recent rains, houses made of clay, mud, and unbaked bricks collapsed after water accumulated in their surroundings and could not be drained out even after days.

European Union (EU) humanitarian programs in-charge in Pakistan Taheeni Thammannagoda has stated that the EU would donate €350,000 to flood victims.

The assistance provided to flood-affected families includes cash transfers to help them meet their immediate needs, primary healthcare services with a focus on water-borne and infectious infections, which are frequent after a flood, as well as nutrition support.

Additionally, the initiative would offer psychological help to vulnerable populations like mothers, young girls, and children.

Pakistan Army has also continued its nationwide rescue and relief efforts after several regions were devastated by unprecedented rainfall.