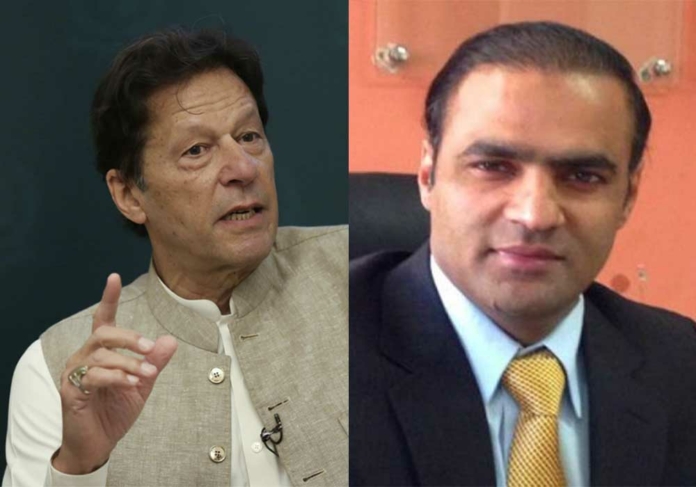 The contest was officially announced on October 16 in National Assembly constituency NA-108 of Faisalabad, for which a total of 12 candidates are in the field, but the real competition will be between Pakistan Tehreek-e-Insaf Chairman Imran Khan and Pakistan Democratic Movement’s joint candidate Chaudhry Abid Sher Ali.

Only after the results of this competition, the popularity of Imran Khan and the reputation of PDM will be clear. Farrukh Habib of PTI was elected MNA from NA 108 in 2018 general elections by getting 112,740 votes. Whereas the candidate of Muslim League-N, Chaudhry Abid Sher Ali, was in second place by getting 111,529 votes. In the by-elections to be held on October 16, 2022, PTI Chairman Imran Khan will be the candidate in the place of Farrukh Habib and PDM’s joint candidate Abid Sher Ali will be the opponent, and all the political parties are eyeing this very important election battle because the results of this contest will make PTI’s popularity clear and PDM’s reputation will be improved.

The election campaign of Imran Khan is being run by the local leadership including the former MNA of the constituency, Farrukh Habib, and rallies and corner meetings have also been held at different places in the constituency, but the momentum of PTI for the election campaign is nowhere to be seen. One of the reasons for this is that until yesterday, no one was sure whether the by-elections would be held in the constituency or not. On the one hand, former MNA Farrukh Habib had also approached the court; while on the other hand, a request was made by the Ministry of Interior to postpone the by-elections, which was rejected by the Election Commission yesterday.

Pakistan Muslim League-N candidate Abid Sher Ali is PDM joint candidate while the party itself has reconciled with his political opponent, Federal Interior Minister Rana Sana Allah Khan, due to which Abid Sher Ali is hopeful for his success. And on behalf of the parties included in the PDM, the local leadership has also been instructed to conduct the Abid Sher Ali election campaign, which they are also implementing. Thus, the NA-108 by-election contest is likely to be very exciting.

NA 108 is a constituency of Faisalabad city which consists of 44 union councils starting from the central area of Chowk Ghanta Ghar. The population of the constituency is more than 900,000 while in the by-elections 505,186 voters will be eligible to exercise their right to vote. Out of which 27,139 voters are male while 234,147 voters are female. There are large groups of different communities in the constituency including Arain, Jutt, Rajput, Malik and Gujjar and elections are rigged on the basis of these community groups.

According to the instructions issued by the Election Commission of Pakistan, polling will be held on October 16 for the by-elections in Constituency NA-108. For which a total of 354 polling stations were established in the constituency while the number of polling booths to be established at these polling stations is 1,084. Out of which 558 polling booths have been allocated for male voters and 526 for female voters.

A total of 12 candidates are participating in the NA-108 by-elections among them, Khurram Shehzad of Pakistan Nazryati Party, Sohail Kashif from Move on Pakistan, while independent candidates include Arslan Arshad, Rizwan Mehmood, Abdul Hafeez, Shehbaz Ali Gulzar, Farrukh Habib, Liaquat Ali and Malik Muhammad Ali Tahir. Among them, Shahbaz Ali Gulzar is the only candidate who participated in the election in 2018 on the ticket of Tehreek-e-Labbaik Pakistan and got more than 8 thousand votes. However, TLP has not trusted him for the by-elections.