A total of 263 polling stations set up by the commission 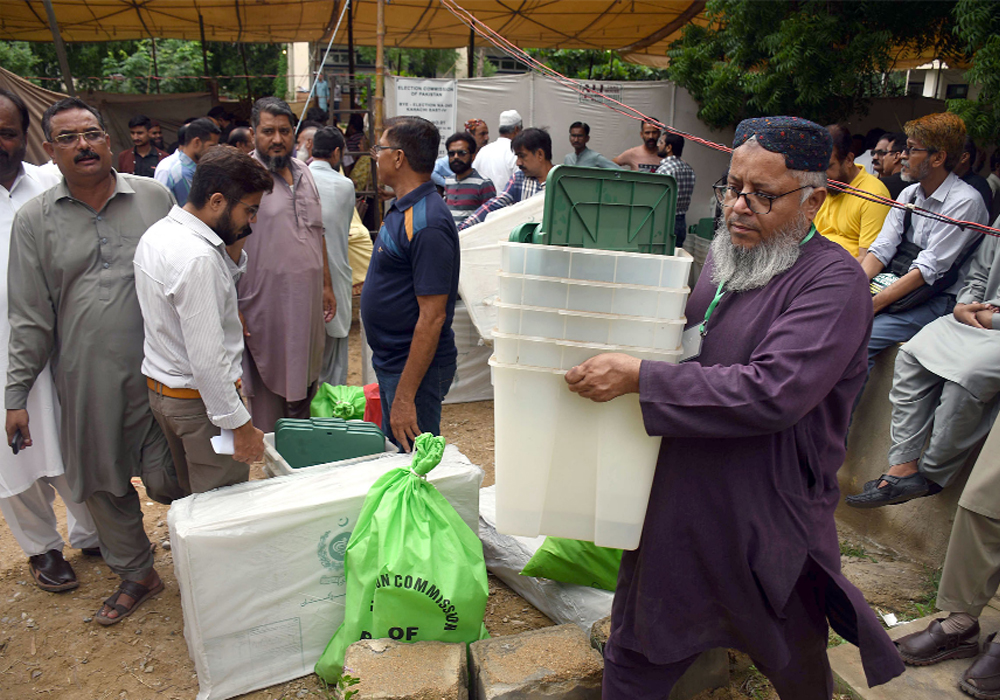 Arrangements have been finalised to hold the much-anticipated by-poll on the vacant National Assembly seat of NA-245 (Karachi East-IV)) today (Sunday), the Election Commission of Pakistan (ECP) said.

The seat fell vacant after the death of televangelist-turned-politician and Pakistan Tehreek-i-Insaf (PTI) MP from the constituency Aamir Liaquat Hussain, who passed away under mysterious circumstances in June.

A total of 263 polling stations have been set up by the commission, of which 60 have been declared “sensitive” and 203 “top sensitive”.

As many as 17 candidates — except ones from the Pakistan Peoples Party (PPP) and Pakistan Muslim League-Nawaz (PML-N), who’ve withdrawn in favour of Muttahida Qaumi Movement-Pakistan (MQM-P) — are taking part in the by-poll. Unlike PPP, PML-N hardly enjoys any vote bank in the constituency.

The decision has left the MQM-P as the main contestant against the PTI, which won the seat in the 2018 general elections and has now fielded Mahmood Maulvi, a former special assistant to then-prime minister Imran Khan.

Last week, the PPP said the decision to withdraw its candidate in favour of MQM-P was the decision of the Pakistan Democratic Movement (PDM). However, it made it clear that the strategy was opted only for the by-polls.

Meanwhile, enjoying a dominant position in the constituency after support from different parties, the MQM-P faces a new challenge as Farooq Sattar, the party’s disgruntled leader, is also contesting as an independent candidate. A strict security plan has been chalked out to maintain law and order on the polling day, the police said.