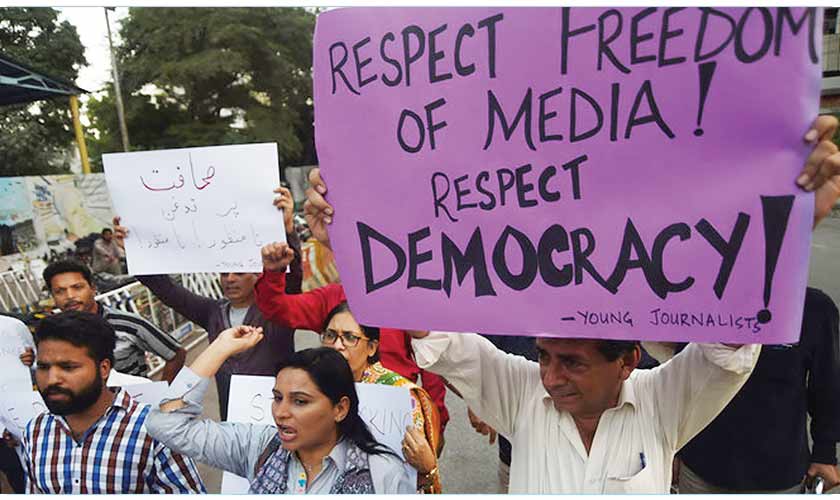 National Assembly’s Standing Committee on Information Chairman Mian Javaid Latif has said that ministers are not in support of the proposed Pakistan Media Development Authority Bill.

In a meeting with journalists at the National Press Club in Islamabad, he revealed that the ministers were secretly telling opposition leaders that they would not be bringing the PMDA legislation. “We are with you,” he quoted the ministers as saying.

In a tweet, journalist Hamid Mir shared the statement of the National Assembly’s standing committee’s chairman. The development comes amid the backdrop of wider opposition to the proposed legislation from media workers and lawmakers alike.

In a tweet, Federal Minister for Information and Broadcasting Fawad Chaudhry stated that Chief of Army Staff General Qamar Javaid Bajwa had termed ‘fake news’ and ‘disinformation’ a threat to national security, and hence to deal with these threats the PMDA was being brought in by the government.

In June 2021, media bodies and unions, including Pakistan Federal Union of Journalists, had rejected the proposed PMDA Ordinance 2021, arguing that it was unconstitutional and an attempt to muzzle the already stifled media in the country.

Among the controversial aspects of the bill, the PMDA would have the power to impose a fine of up to Rs250 million on electronic media outlets for ‘violations.’ Last month, Fawad Chaudhry reportedly held a meeting with a fake body which was portrayed as the ‘actual’ PFUJ to get endorsement for the controversial PMDA bill.

The move had received the ire of the media community, with journalist Talat Hussain, who made the initial revelation regarding the matter, calling out the irony in the fact that the government was seeking recourse to a fake body to get endorsement for a bill that was meant to counter propaganda.