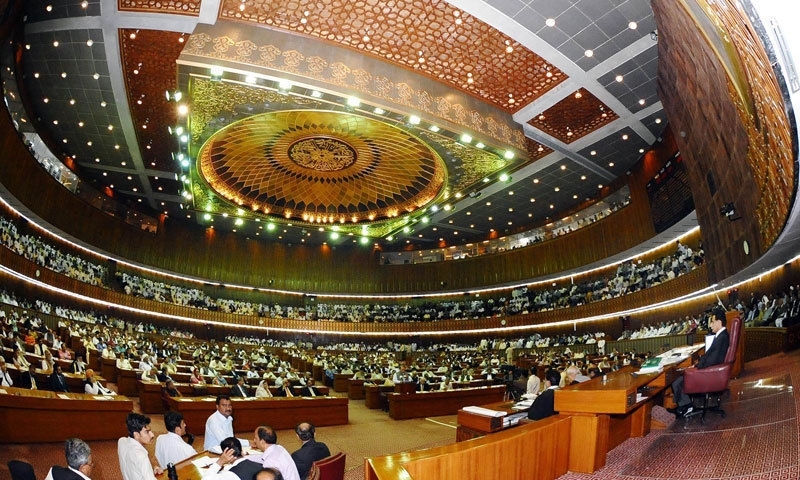 Despite the President of Pakistan’s mandatory address already due, National Assembly Speaker has put off the parliament’s joint session for another one month without giving any reason.

The joint sitting of parliament was scheduled for September 22 when President Dr. Arif Alvi’s mandatory address was scheduled. Now the joint session would be held on October 20, according to National Assembly Secretariat’s official announcement.

During his address, the President will have to review both the governments i.e., eight months of the Pakistan Tehreek-e-Insaf (PTI) government and the remaining period of the current coalition government led by Pakistan Muslim League Nawaz (PML-N).

The notification has stated that Speaker has delayed the joint sitting of the parliament exercising the powers conferred to him by the proviso to Rule 4 of the Parliament (Joint Sittings) Rules 1973.

The last joint sitting of the parliament was held on June 9 when the government had passed the controversial electoral reforms and accountability laws. The amendments were passed after President Alvi had refused to give his assent.

The joint sitting was then postponed till July 20 that was delayed by the speaker till August 22 without giving any reason.

After completing four years term, the national assembly entered into the last parliamentary year and President’s mandatory address to the parliament has become due on August 14, according to Article 56(3) of the Constitution.

President Alvi has been under criticism after he refused to administer the oath of PM Shehbaz Sharif in April followed by not assenting to the National Accountability Bureau (NAB) amendment laws.