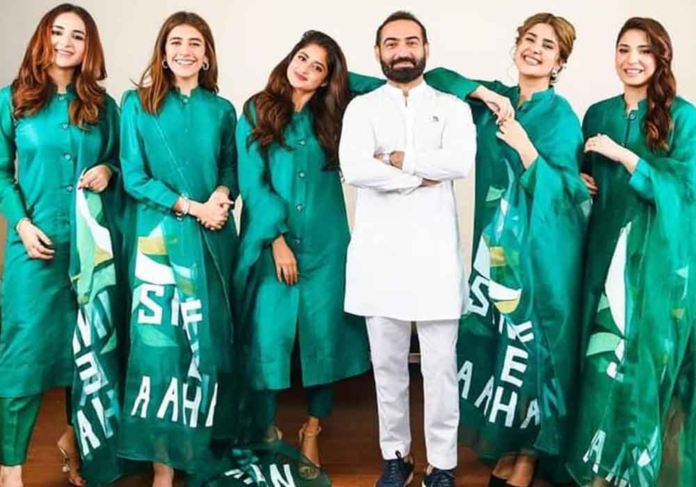 Nadeem Baig is one such director who is known for producing one drama serial every two years but working earnestly on it and leaving no stone unturned to make it a blockbuster.

This effort on his part has resulted in numerous flawless Pakistani drama serials making it to the television screens, such as Family Front, Misfit, Dolly Ki Ayegi Barat, Taakay Ki Ayegi Barat, Annie Ki Ayegi Barat, Dil Lagi, Pyare Afzal and the recent popular yet slightly controversial, Mere Pas Tum Ho. Apart from these dramatic works, Baig also has hit films to his name such as Jawani Phir Nahi Aani, Jawani Phir Nahi Aani 2, Punjab Nahi Jaungi and its yet-to-release sequel, England Nahi Jaunga. It wonâ€™t be wrong to consider Baig as a pride of Pakistan for his multiple famous contributions to the countryâ€™s drama and film industries alike. Currently, the director has wrapped up his shoot of an ISPR project titled Sinf-e-Aahan. To be released on ARY Digital, Sinf-e-Aahan is bringing an ensemble cast including Sajal Aly, Yumna Zaidi, Kubra Khan, Syra Yusuf, Ramsha Khan, Usman Mukhtar, Sheheryar Munawar, Asim Azhar, Asad Siddiqui, Ali Rehman Khan and many others who will be introduced in accordance with the need of the plot. With two weeks left in the release of this star-studded drama serial, Minute Mirror got in touch with the projectâ€™s director to ask a few questions.

When did you start working on this project and how long did it take you to finish it?

I started working on it in July and wrapped it up in November, so it took me almost five months to finish working on this project.

Since we are seeing multiple actors in the trailers, should we expect Sinf-e-Aahan to be a series narrating different stories or will it be a serial carrying multiple strands?

No, itâ€™s not a series. Itâ€™s a serial, but yes, it narrates multiple stories interconnected to each other. Sinf-e-Aahan is not a typical drama serial at all, the kind of which we see on screens these days, focusing on whether a wedding will take place or not. This serial will narrate stories of women belonging to the lower middle strata but not ready to succumb to the conditions they have been born in. Sinf-e-Aahan will talk about women who work extremely hard for the kind of life they want to live.

Are these stories inspired from the real lives of our female cadets?

The stories are not inspired as such, I must say. They have their fair share of the element of fiction in them, but the events we have incorporated are definitely based on what many of our female cadets have faced in their respective journeys towards success.

We have mostly seen you directing drama serials with narratives unfolding within the four walls of a house such as Family Front, Pyare Afzal, Mere Pas Tum Ho and the entire Barat series. Was directing Sinf-e-Aahan a difficult task for you, considering that you had to show army practices taking place outdoors?

Yes! This has been my most challenging project so far. 80 percent of it has been shot outdoors with all of the cast members assembled together all the time because we had to show an entire platoon working.

How was the experience of working with so many young actors? Did you face any issues relating to non-seriousness in work or a careless attitude towards time management?

Not at all! All of the actors have worked extremely hard and it is their effort, which I believe will make it a success. There were times when I myself got amazed at the passion with which all of my actors were working. Apart from the popular names mentioned, weâ€™ll also have a lot of new faces in the project. In order to make it look as much realistic as possible, we roped in a lot of people who have been a part of Pakistan army in real.

You have previously worked with writers like Khalil-ur-Rehman, Faiza Iftikhar and Dr. Younis Butt, but Sinf-e-Aahan has been your first experience with Umera Ahmad. How do you see her as a writer?

Umera Ahmad is a very sensible writer, I believe. She keeps under consideration all the gender sensitivities that exist in our society, and writes accordingly in a very careful manner. The entire script was great, conscientiously and sensibly penned, and it is therefore that I took it up. Had it been a poor script, I would never have gone for it.

Knowing that Sinf-e-Aahan is an ISPR project, did you have any such pressure while shooting it that it has to be flawless?

I myself keep a check on my work, so outer pressures donâ€™t really matter. I consider it my own duty to make my work seem flawless. Having said that, we werenâ€™t pressurized much either. Instead, PMA (Pakistan Military Academy) gave us all the services we needed and helped us a lot in making Sinf-e-Aahan a well-executed project.

When are we getting to see the drama serial?

Soon! The trailers are already out and the serial is going on air within two weeks.

Sinf-e-Aahan definitely seems to be a serial worth-watching, for what has inspired the viewers in the trailers is the female characters showing concerns other than marriage and not allowing their education to waste in the face of gender stereotypes and worn-out customs.