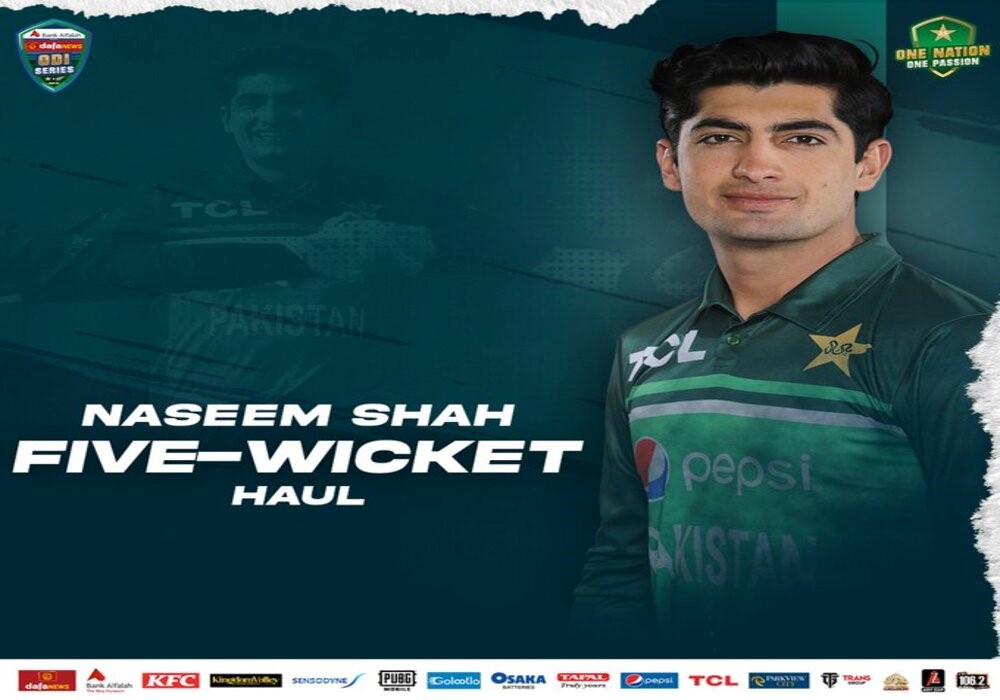 Pacer Naseem Shah has set a world record during the match against New Zealand.

Pakistan won the toss and invited the visiting team to bat first in the first match of the three-match ODI series played at the National Bank Cricket Stadium in Karachi.

In the fourth match of his ODI career, the 19-year-old fast bowler Naseem Shah showed the way to the pavilion to 5 for 57 in 10 overs.

Naseem has made a world record by taking 15 wickets in the first four matches of his ODI career. Earlier Australian bowlers Ryan Harris and Gary Gilmour held the record after taking 14 wickets each in their first four matches.