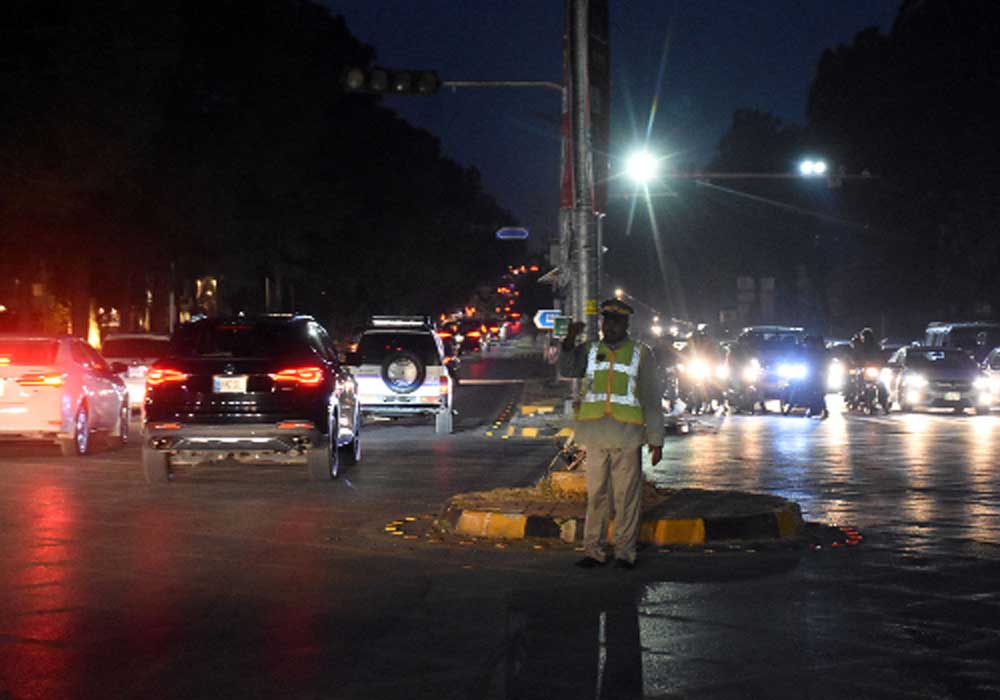 The electricity supply was being restored on Monday night in a phased manner after a country-wide power breakdown at 07:34 am, which was caused by an abrupt drop in the frequency system of the national grid.

The day-long power outages disrupted the routine public life across the country, with fluctuating Internet services and electricity generators fully exhausted by evening due to constant burden and functioning. The electricity will hopefully be restored completely by tonight as the technical teams of the National Transmission and Despatch Company (NTDC) and other experts are busy in rectifying the fault, which occurred in the North-South system earlier in the morning.

Taking a strong notice of the major electricity breakdown, Prime Minister Shehbaz Sharif set up a high-level committee to find out the overall reason, besides an urgent report from Federal Minister for Energy Engineer Khurram Dastagir on the matter. He emphasized on finding the pitfalls that led to the power breakdown, with clearly fixing the responsibility. PM Shehbaz Sharif ordered swift measures to restore electricity, saying inconvenience to the general public would not be tolerated.

Minister for Energy (Power Division) Engineer Khurram Dastgir, while addressing a televised news conference, said the transmission system had tripped due to unusual fluctuation in the voltage of the national grid. However, he added, the electricity was being restored in different parts of the country in a gradual manner and “hopefully it will be fixed completely tonight”. Khurram Dastgir said the entire transmission system was safe despite such a massive power breakdown. A power plant located in the Uch area was functional, and power supply to some areas of Balochistan and southern Punjab had already been restored.

The minister, who was personally supervising the restoration operation from the National Power Control Centre (NPCC), said partial power supply to Karachi had also been started through Thar Coal Power plants. He said the NTDC had been given instructions to freely switch on any power plant, if needed for meeting the electricity demand. Meanwhile, an Islamabad Electric Supply Company (IESCO) spokesperson said the technical experts were busy in the complete restoration of power in the region, and they had so far managed to restore almost 50 per cent of the tripped grid stations.

“The feeders are being restored in a phased manner to protect the system from overloading,” he said in a press statement. The IESCO spokesperson advised the consumers to avoid excessive use of electricity, once it was fully restored, for uninterrupted transmission. The National Electric Power Regulatory Authority (NEPRA) also took serious notice of the countrywide power breakdown, directing the NTDC to submit a detailed report in this regard. The Authority had previously imposed fines on similar tripping/outages, partial/full blackout(s), system collapse(s), tower collapse(s) in the years 2021 & 2022, and regularly issued directives/recommendations on averting such events as well.

Sharing the progress in the restoration of electricity, Energy Minister Khurram Dastgir on his Twitter handle posted that the restoration of power supply had started in Balochistan as the “Quetta city electricity is largely restored”. He said the electricity supply was improving gradually in the Islamabad region, including Jhelum, and Karachi as well. In Islamabad, nearly 117 grid stations were affected due to the breakdown, the spokesperson of the Islamabad Electric Supply Company said. “System maintenance is being directly monitored from the central control room and power is being restored in a phased manner to protect the system from damages,” he said. The spokesperson elaborated that restoration at 132kV grid stations in Zero Point, Rawal, F-16, F-6, D-12, F-6, I-8 and Chaklala was underway, adding that complete repair of the system will take time.