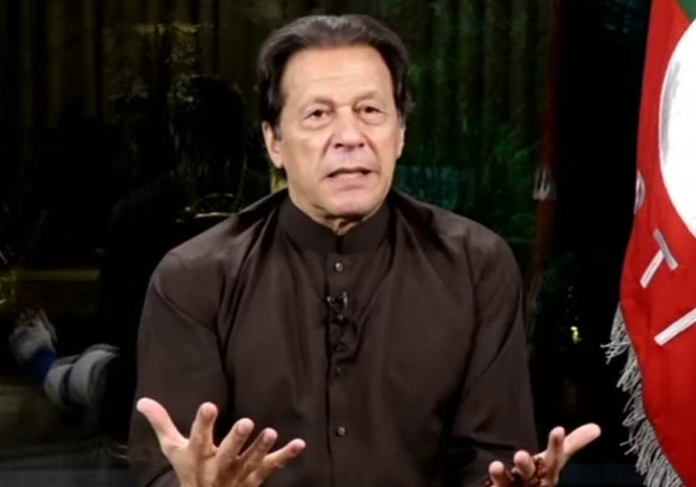 Pakistan Tehreek-e-Insaf (PTI) Chairman Imran Khan has said that Justice prevails with rule of law and the nation will no longer tolerate injustice.

PTI Chief said that Nawaz Sharif has no care for Pakistan and he only wanted to get rid of Imran Khan. He said that there was an 80 percent chance of Pakistan’s default due to CDS.

Addressing the participants of his long march via video-link Imran Khan said that nation has understood the meaning of real freedom. He said that free nations decide by keeping in view their national interests. He said that terrorism was again on the rise and the personnel were targeted by militants.

PTI Chairman further said that no foreign country or superpower could make decisions for another country. He said that we should also purchase cheap oil from Russia. He said that the government was not purchasing Russian oil because they were afraid of US displeasure. He also said that the decisions of a country are to be taken from inside the country.

He reiterated the demand for elections and said that there was no way of getting the country out of this turmoil except fresh elections. He said that overseas Pakistanis have been deprived of their right despite having worked hard for their country.

He asked what would happen if he, Arshad Sharif and Azam Swati didn’t get justice. He said that he is the head of the country’s largest political party and cannot even lodge FIR despite my government in Punjab. He asked that if this was done to me then what would have happened to a common man.

PTI Chairman further said that such a system based on persons’ benefits would make the country weak. He said that people go abroad because there is a rule of law, justice brings prosperity to the country and when there is justice then no one can do anything wrong.