PM Shehbaz says PTI chief can only befool himself, not nation 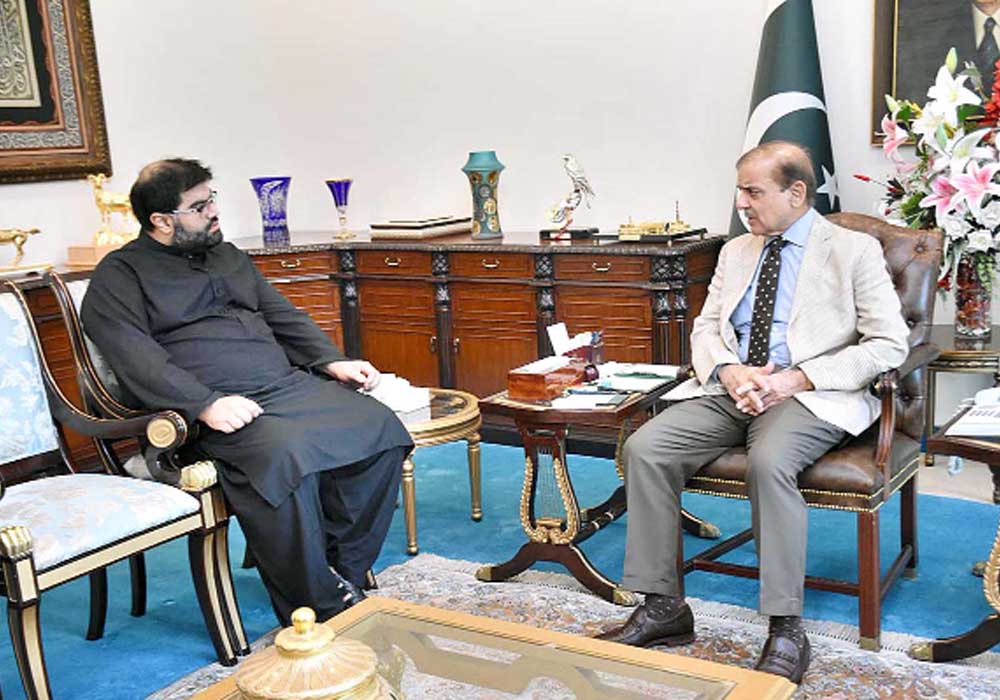 Prime Minister Shehbaz Sharif on Wednesday said that Pakistan Tehreek-e-Insaf (PTI) Chairman Imran Khan Niazi could only befool himself, but not the nation.

On his Twitter handle, he said that during the last four months, the entire nation witnessed the kind of remarks made by the PTI chief about the leadership of the Pakistani armed forces.

The PTI’s social media trolls ran trends packed with hatred against the armed forces, he said, and questioned whether the bereaved families of martyrs would forget all that.  It may be mentioned here that last Sunday, Shehbaz had condemned the social media campaign initiated against the martyrs of the Pakistan Army, termed it “horrible”, and asked the nation to reflect on the issue.

“The social media campaign belittling & ridiculing the sacrifices of our martyrs was horrifying,” he had tweeted. He also wrote that such incidents take place because of the holier-than-thou narrative brought forth in the name of politics. “This is what self-righteous political narratives do: they poison the minds of the youth & weaponise hate speech. Which way are we headed?” the premier had questioned. At the end of his tweet, he had stated: “The moment calls for a deep reflection.” The PM’s tweet came two days after Inter-Services Public Relations (ISPR) Director-General Major General Babar Iftikhar condemned the negative propaganda on the social media, which took off after the helicopter crash, in which six personnel of the Pakistan Army embraced martyrdom. “We have been distressed since the accident on August 1. The propaganda has caused immense pain, particularly to the families of the martyrs,” the ISPR had said in a statement. Emphasising that this should not happen, Maj Gen Babar said that elements spreading negative propaganda and rumours should be rejected. Meanwhile, Interior Minister Rana Sanaullah said that PTI leader Shahbaz Gill used objectionable language against national institutions, for which he was arrested.  The PTI leader adopted negative agenda against the national institution, which is not allowed at any cost, he said while talking to a private television channel.

Separately, Shehbaz asked the inquiry commission for an early submission of a report on suspension of power projects during around last four years. Chairing a meeting to review measures for promotion of solar energy in the country, the PM also sought a detailed report on the amount received as fuel price adjustment through electricity bills. He told the meeting that the people would be provided with solar panels as an alternative to the costly electricity being generated using imported fuel.

The premier said that alternative energy policy of Imran Khan’s government introduced in 2020 had failed not only to produce required results but also to attract investment in the sector. He called for prioritising Balochistan during the provision of solar system in the country.  Shehbaz said that the solarisation would not only reduce the import bill but also help generate low-cost and environment-friendly electricity. The meeting was briefed in detail on the solar projects as an alternative to costly power projects.