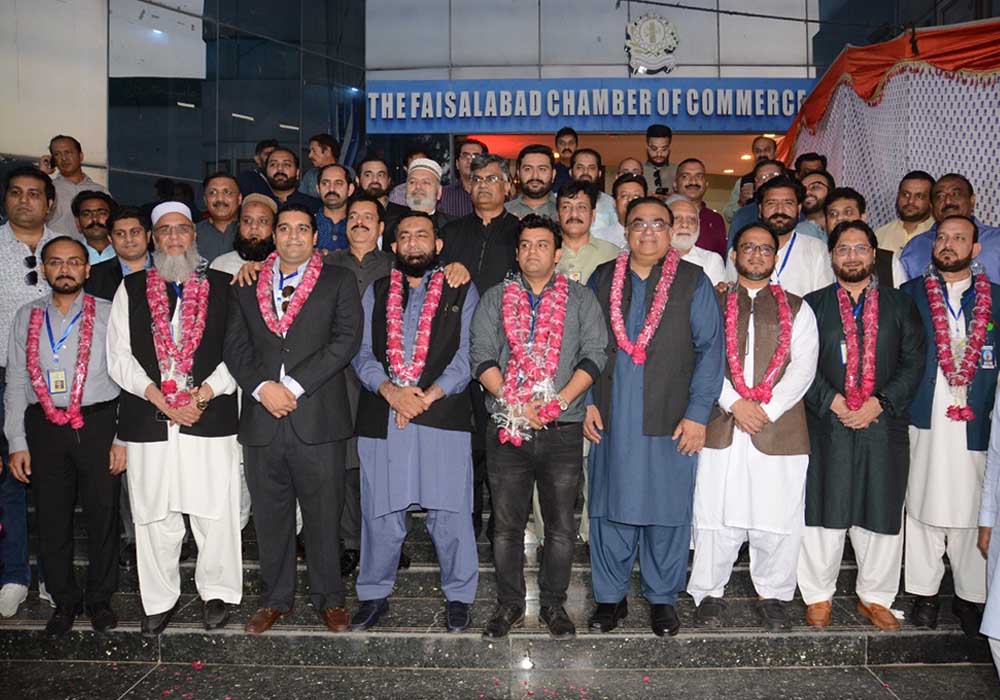 All the seats of Corporate and Associate Executive Members under the Faisalabad Chamber of Commerce and Industries (FCCI) Annual Elections 2022-23 were won by National Group candidates.

National Group leaders Mian Muhammad Idrees and Mian Javed have announced their nominees for the FCCI elections. According to which, Dr. Khurram Tariq has been nominated for the President of the Faisalabad Chamber of Commerce and Industries, Dr. Sajjad Arshad for the Senior Vice President and Haji Aslam Bhali for the Vice President, who will submit their nomination papers to the Election Committee today and there is a clear possibility of being elected unopposed for these three positions.

According to the FCCI Election Commission composed of Muzammal Sultan, Mian Tanveer Ahmad and Rana Ikram-ul-Haq, the total number of votes for the corporate class was 1,124 out of which 383 votes were cast. 15 votes were cancelled and thus the number of valid votes was 368. The second phase of Faisalabad Chamber of Commerce & Industry (FCCI) election for 2022-23 has been completed with the polling for associate class. 8 candidates were in the field for seven vacant seats for this class.

The FCCI Election Commission is composed of Muzammal Sultan, Mian Tanveer Ahmad and Rana Ikram Ullah Khan. They said that the total number of votes for the associate class was 3,326 out of which 952 votes were cast and 24 votes were cancelled. The elections were held in a peaceful and most congenial environment and no candidate raised any objection during the polling process. The lawyers, journalists and representatives of civil society continued to visit the chamber and expressed satisfaction over the polling and congratulated the FCCI Election Commission for conducting the election in a most peaceful and transparent manner.

Member election commission Muzammal Sultan announced the provisional results and congratulated the successful candidates. After completion of the Electoral College, eligible candidates for an executive could submit their nomination papers for the offices of the President, Senior Vice President and Vice President. The nomination papers would be received up to the 22nd of September while its scrutiny will be completed on September 23. The polling for the election of office bearers is scheduled to be held on September 26. The final and official results of FCCI Elections 2022-23 would be announced during the annual general meeting of FCCI on September 30, 2022.